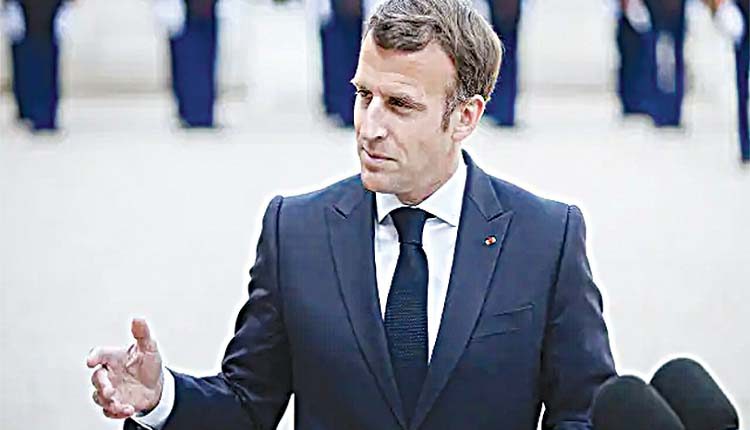 Paris, May 10 (Agency) French Health Minister Olivier Veran confirmed on Monday that cafes and restaurants would resume outdoors services on May 19, which is the second stage of the national lockdown exit plan. “Yes, I confirm that the conditions allow us to do this,” Veran told French broadcaster LCI, when asked if cafe terraces will reopen as scheduled.

The minister pointed to a decline in French epidemic, but stressed that the virus circulation still remains “high.” While the daily average of patients in intensive care services fell below 5,000, the daily increase in new cases keeps near 18,000, comparing to 40,000 a month and a half ago, according to the minister. In late April, President Emmanuel Macron unveiled the four-phase strategy of gradual suspension of restrictive measures to curb the pandemic. On May 3, France embarked on the the first phase, resuming domestic travel and reopening schools.

The second phase will begin on May 19 and move the nightly curfew from 7 pm (17:00 GMT) to 9 pm. All non-essential stores will reopen, along with public venues and sporting shows, with an 800-person capacity limit indoors and 1,000 people outdoors. On June 9, the curfew will be further moved to 11 pm and the country will reopen to foreign arrivals with special health certificates. The lockdown will be completely over on June 30, according to the plan.

UK PM under investigation over 2019 holiday trip to Caribbean Island