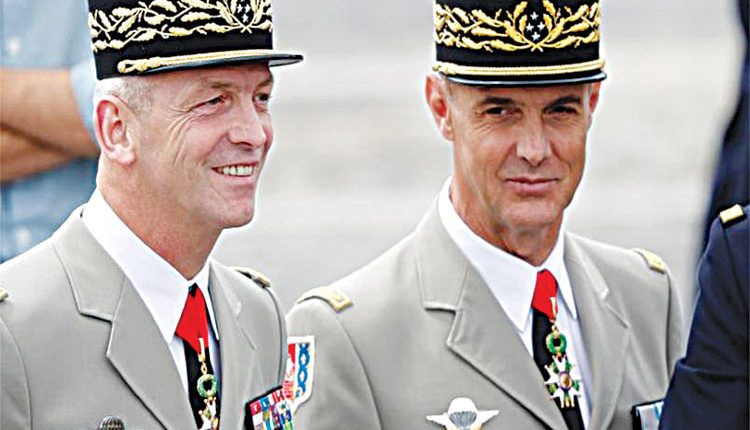 Paris, Jun 13 (Bureau) General Francois Lecointre on Saturday announced his resignation from the post of the Chief of the Defense Staff of the French Armed Forces, refuting speculations that the move was motivated by disagreements with the French president. “I asked the President of the Republic to resign. This is my wish,” Lecointre told the LCI broadcaster. He specified that he would leave his office after July 14 and be replaced by General Thierry Burkhard, the incumbent Chief of the Army Staff.

Lecointre described his decision to resign from the post as a way “to avoid the politicization of the function of Chief of Staff of the Armed Forces” as he did not want to leave his post at the end of President Emmanuel Macron’s five-year term. The general pointed out that he was at the service of Macron as the French president, not as a politician. He also refuted allegations of disagreements between him and the president, even though his announcement on the resignation comes not long after Macron declared the end of the counter-terrorism mission Barkhane in the African region of Sahel. The French leader specified that the operation, led by the national forces jointly with the G5 Sahel armies since 2014, would be replaced by an international alliance.

“There is no disagreement, there may be a vision that leads me as a military leader to view this or that choice of direction as detrimental to our tactical success,” Lecointre explained. This is not the first time under Macron’s presidency that the head of the General Staff of the French Armed Forces resigns. In July 2017, then-chief Pierre de Villiers resigned from the post after his dispute with Macron over the defense budget cuts, advanced by the president to meet the EU requirement for member states to maintain their deficits at 3 percent of GDP.