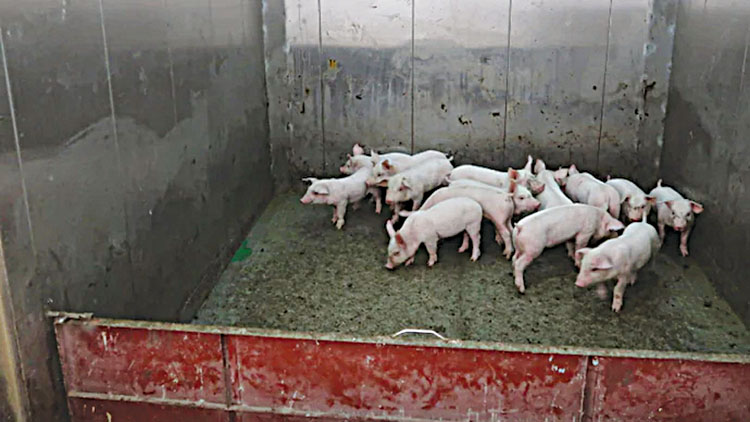 Bejing, Nov 26 (Representative): China has built a 26-storey pig farm capable of holding 6,50,000 animals and the capacity to slaughter one million pigs a year in Hubei province. The farm dubbed as ‘pig palace’ is the biggest single-building pig farm in the world, a report said. However, experts are wary that the pig farm on the southern outskirts of Ezhou, a city in central Hubei province, will increase the risk of animal disease outbreaks, The Guardian reported. The pig farm has gas, temperature and ventilation-controlled conditions, with animals fed through more than 30,000 automatic feeding spots at the click of a button.

The waste generated in the farm will be treated and used to general biogas, the report said. China decided to upgrade pork production after a deadly African swine fever killed over 100 million pigs between 2018 and 2020. China also consumes half of the world’s pork. Following the outbreak in 2019, China’s agriculture ministry gave its nod for the construction of high-rise pig breeding facilities. Many welcomed the move, saying such a pig farm is more efficient and environment friendly, the report said. However, working conditions for workers have come under scrutiny as they will be required to go through multiple rounds of disinfection and testing before being given clearance to enter, and won’t be able to leave the site until their next break. Once operational, the modern pig farm can produce 100,000 tons of meat at once.