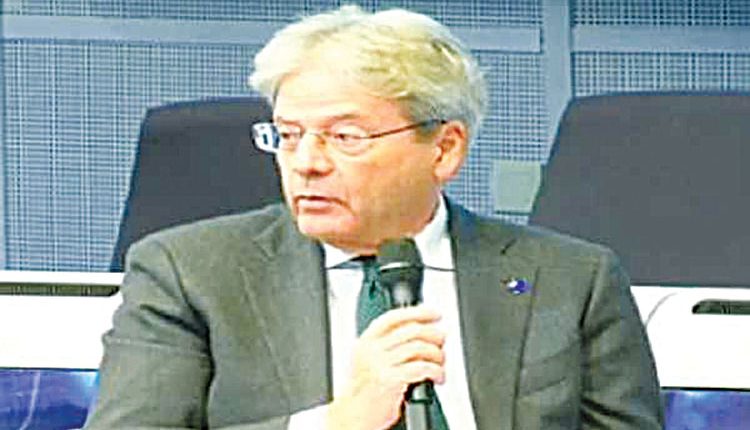 Brussels, Nov 8 (Agency) The European economy is slowing down and a contraction is predicted at least for the winter months due to the energy crisis and high inflation, European Commissioner for Economy Paolo Gentiloni warned. “If we look at high-frequency indicators and the economic sentiment, we see that many things point to a contraction in economic activity this winter,” Gentiloni said at a press conference of the Eurogroup on Monday.Paschal Donohoe, president of the Eurogroup, said everyone knows that the economy within the euro area is slowing down. In October, economic growth for the area stood at 0.5 per cent. The finance ministers, representing the 19-country euro area, met in Brussels on Monday to discuss the eurozone’s economic development, as well as budgetary measures to mitigate the impact of high energy prices.According to estimates by the Commission, euro area governments have so far collectively spent about 200 billion euros, or 1.25 per cent of the European Union’s (EU) gross domestic product (GDP), on energy support for the year.

Gentiloni said around 70 per cent of the supporting measures adopted by the member states so far are untargeted, meaning “they benefit all, or a very large share, of the population.” “We are aware of course that targeting is not always easy, politically and technically, especially if you have to react very quickly. This is also why we have the expectation that this targeting of measures can improve in the coming months,” he added. Donohoe said the ministers noticed the challenges of significant supports and effectively managing the trade-off between reducing inflation, while supporting both vulnerable households and the euro area’s international competitiveness.