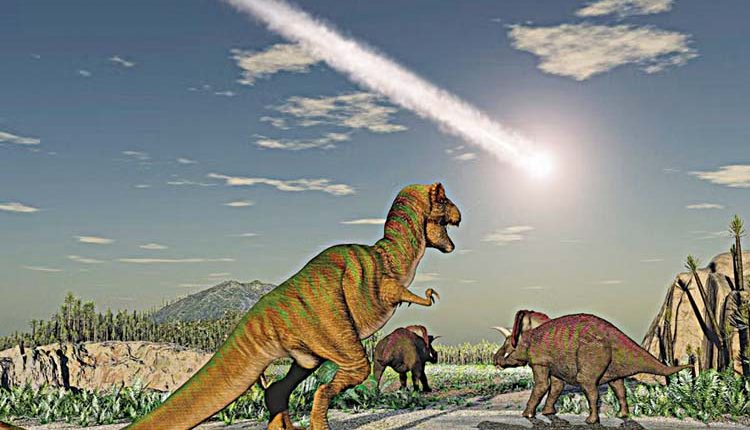 Beijing, Sep 23 (FN Agency) A recent study has revealed that dinosaurs had been on the road to extinction much earlier than previously believed, and the catastrophic impact 66 million years ago might have only been the last straw. According to the study published this week in the journal Proceedings of the National Academy of Sciences of the United States, the low biodiversity of non-avian dinosaurs took place about two million years before those reptiles died out. A team of Chinese scientists collected over 1,000 dinosaur eggshell samples from a stratigraphically-continuous fossil-rich sequence, about 150 meters thick, in the Shanyang basin.

The basin in northwest China’s Shaanxi province is home to one of the most abundant dinosaur records from a Late Cretaceous sequence, according to the study. The researchers have found only three dinosaurian eggshell taxa representing two clades in sediments deposited between some 68.2 and 66.4 million years ago, indicating sustained low dinosaur biodiversity at that time. The results support a long-term decline in global dinosaur biodiversity prior to dinosaur extinction. The end-Cretaceous catastrophic events — asteroid impact or volcanic eruptions, and following climate upheavals — only struck the last fatal blow to an already vulnerable dinosaur ecosystem, according to the study.