Demonstrators Clash With Greek Police at Union Rallies in Athens 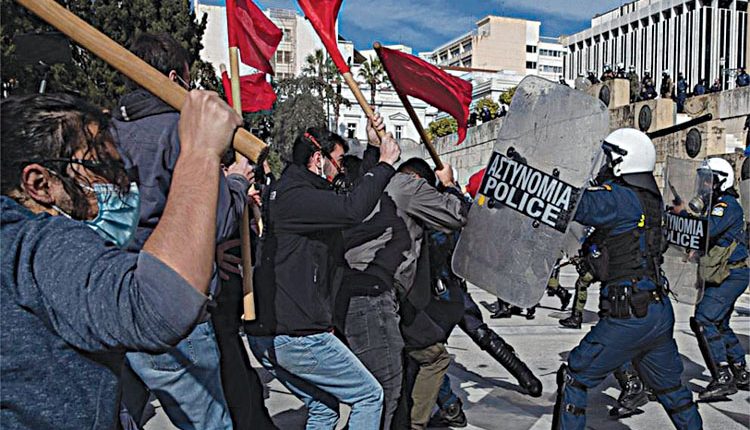 Athens, May 6 (Bureau) A group of protesters clashed with Greek police in central Athens after a workers’ rally, local media reported on Thursday. Greek trade unions postponed the traditional May Day rallies, held to commemorate International Workers’ Day, from May 1, which coincided with Holy Saturday this year, to May 4 and May 6.

According to the iefimerida.gr news portal, at the end of the march on Thursday, a group of unidentified protesters pelted the Bank of Greece building with paint and stones and threw three Molotov cocktails at the police. Law enforcement officers responded with tear gas, the news outlet said. The Greek capital hosted three demonstrations on Thursday, organized by the communist All-Workers Militant Front (PAME), public sector workers’ confederation ADEDY, and extra-parliamentary leftist parties and organizations.

In total, several thousand people took to the streets in Athens for May Day rallies, a Sputnik correspondent reported from the scene, with PAME rally alone gathering an estimated 5,000 supporters. The main demand of the trade unions is to stop changes to labor legislation, which, they claim, will negatively affect workers’ rights.

Bangladesh hands over 10,000 vials of Remdisivir to India