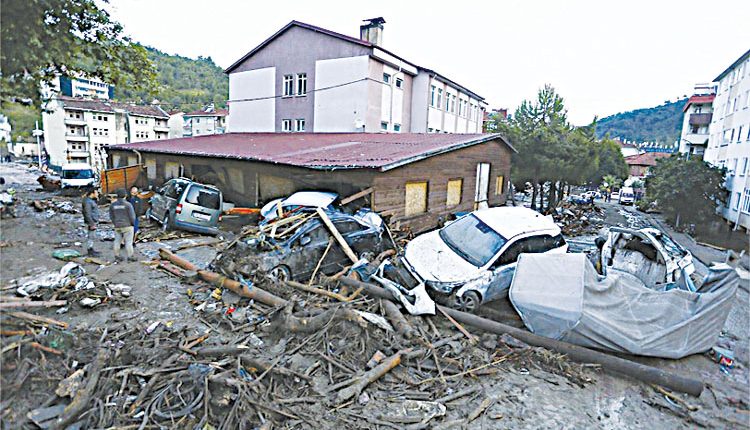 Ankara, Aug 13 (Agency) The death toll from flooding and landslides caused by downpours in Turkey’s Kastamonu and Sinop provinces rose to 31, the Disaster and Emergency Management Presidency (AFAD) said on Friday. Earlier in the day, AFAD reported 27 people killed in the Black Sea coastal provinces.

“Twenty-nine people died from landslides and floods in Kastamonu, two died in Sinop, one is missing in Bartin,” AFAD said in a statement. On Friday, Turkish President Recep Tayyip Erdogan declared the provinces of Bartin, Kastamonu, and Sinop disaster zones, from which 95% of locals have already been evacuated. Search and rescue operations have begun, and damage estimation is underway.