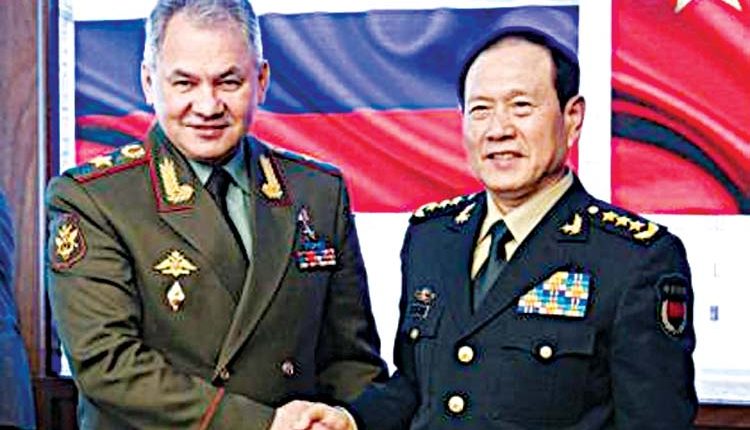 Beijing, Nov 25 (Bureau) The cooperation between the armed forces of Russia and China has reached a qualitatively new level in recent years, marking a “breakthrough” in practical cooperation, Chinese Defense Ministry spokesman Wu Qian said on Thursday. “In recent years, under the strategic leadership of President Xi Jinping and President Putin, the relationship of comprehensive partnership and strategic interaction in the new era between China and Russia has continued to develop; exchanges and cooperation between the armed forces of the two countries in various fields have grown deeper; strategic communication has reached a new level; a breakthrough has been made in practical cooperation,” Wu told a briefing.

The spokesman singled out joint drills and strategic military communications as areas in which the most progress has been made. Wu also stressed that Beijing firmly supports the deepening of exchanges and contacts between the two countries, considering it instrumental to maintaining peace and stability in the world. On Tuesday, Russian Defense Minister Sergei Shoigu spoke with his Chinese counterpart, Wei Fenghe, via video conference. The meeting focused on the results of the maritime and air patrols in the Asia-Pacific region, which took place earlier this year. The ministers agreed to increase interaction between the armed forces of the countries through the joint exercises. They also approved a 2021-2025 military cooperation roadmap.