China lifts all restrictions on birth of third child 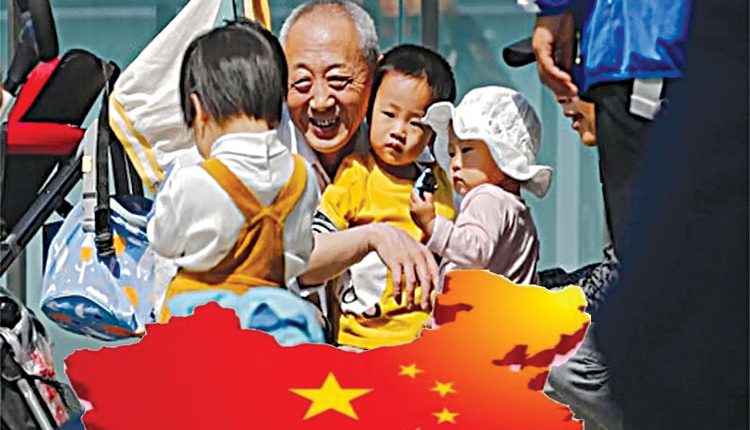 Beijing, Jul 20 (FN Bureau) The Chinese State Council announced on Tuesday that it has decided to lift all restrictions on the birth of a third child, including fines. In May, the Chinese Communist Party introduced a plan to allow couples to have three children in a bid to deal with the aging population crisis. “To remove all restrictive measures … To cancel the payment of social security funds, to eliminate and cancel relevant penalties,” the Chinese State Council said in a statement.

Corresponding amendments will be introduced into China’s law on population and planned fertility in order to encourage marriages and childbirth “at the right age.” China hopes that the amendments to the childbirth policy will balance out the gender-distribution of the population. “By 2025, China will basically establish a policy system that actively supports births with better services and lower costs in child bearing, care and education. The gender ratio of newborns will be more balanced and the population structure will be improved, according to the decision,” the statement read.

These changes are expected to result in a “stable long-term population development” and more balanced population structure by 2035. The 2020 Chinese population census estimated the median age at 38.8 years. The country has registered a growing share of people aged 60 years and over against a decreasing birthrate. The gender balance of the Chinese population was seriously affected by the “one-child” policy, introduced in 1979 in order to prevent overpopulation and famine. Under this policy, urban families had a right to have only one child, while rural families could have two children, but only if the first one was a girl. The government canceled the policy in 2015, permitting all families to have two children, but the share of Chinese men still outnumbers women 105 to 100.