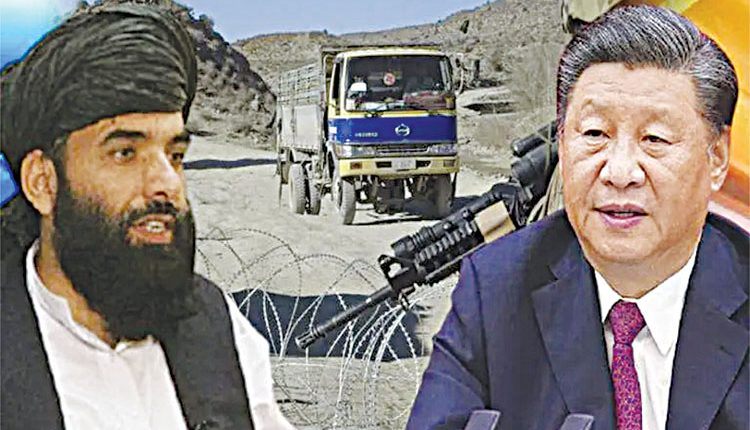 Kabul/Beijing, Aug 20 (Agency) China can play a “very big role” in the reconstruction of Afghanistan, a key Taliban spokesperson has said, days after Beijing said it is ready to move ahead in building ties with the fundamentalist group. In an interview to China’s state-owned China Global Television Network, Suhail Shaheen, Taliban negotiator and spokesperson of the group, said that the Taliban had kept up its relations with Beijing. “China is a big country with a huge economy and capacity – I think they can play a very big role in the rebuilding, rehabilitation, reconstruction of Afghanistan,” Shaheen said. He also said that China has played “a constructive role” in promoting peace and reconciliation in Afghanistan. The Taliban have declared the formation of an Islamic Emirate of Afghanistan, after taking over the country on Sunday. On July 28, Chinese Foreign Minister Wang Yi met with Taliban political chief Mullah Abdul Ghani Baradar in Tianjin. Beijing has said it hoped the Afghan Taliban would “unite with various political parties and ethnic groups to form a broad and inclusive political structure.” China and Russia have kept their embassies in Kabul open. On Monday, a day after the Taliban takeover, China said it is ready to move ahead in its relations with the Taliban.

“The Taliban have repeatedly expressed their hope to develop good relations with China, and that they look forward to China’s participation in the reconstruction and development of Afghanistan,” Chinese foreign ministry spokeswoman Hua Chunying told reporters. “We welcome this. China respects the right of the Afghan people to independently determine their own destiny and is willing to continue to develop… friendly and cooperative relations with Afghanistan,” she said. Hua called on the Taliban to “ensure a smooth transition” of power and keep its promises to negotiate the establishment of an “open and inclusive Islamic government” and ensure the safety of Afghans and foreign citizens.

“China keeps in contact and communication with the Afghan Taliban on the basis of fully respecting Afghanistan’s sovereignty and the will of all parties in the country and has been playing a constructive role in seeking a political solution to the Afghan issue,” Hua said. China’s state-run newspaper, the Global Times, said this week: “There are huge opportunities for mutually beneficial cooperation between the two countries, especially in sectors such as utilities and mining, if…Taliban’s leadership pursues peace…after years of war.” The Chinese government has a number of stalled projects in Afghanistan that will resume with the US leaving the region. These include a $400 million oil field project and more than $100 million in infrastructure projects. Shaheen, asked if the Taliban would implement similar hard-line laws like those they enforced in the 1990s, said that international reports of violence against women were “incorrect”.

“There is no subjugation of women, the women are allowed to continue their work if they are journalists, they are practically now continuing their work. If they are teachers, they go to school,” Shaheen claimed. He also claimed that the Muslims of Afghanistan were “happy to be governed under strict Sharia law”. Shaheen said the international community should “respect the will of the Afghan people” and recognize the new government. Speaking from his home in Qatar’s capital, he said the new Taliban government in Kabul would protect women’s rights to education and work, adding that “the honor of Afghans is safe,” including any who worked for “foreigners” in the past. Questioned about the desperation of thousands of Afghans to escape the country’s new rules, referring to the scenes of chaos at Kabul’s airport, Shaheen said that many had been “misled by rumors” suggesting they would be able to settle in the UK or U.S. if they boarded a flight.