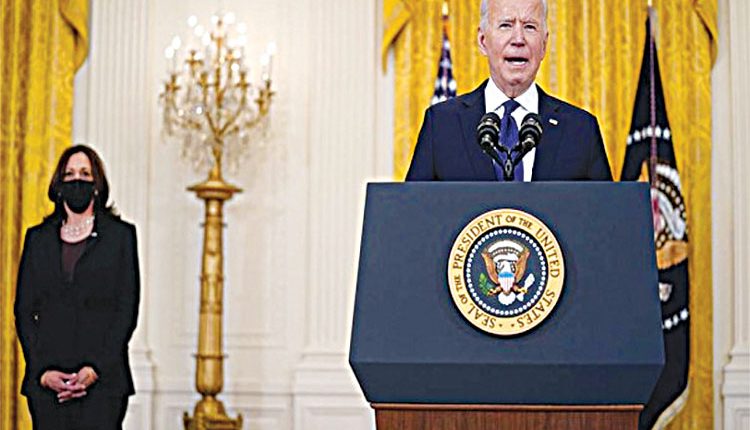 Washington, May 11 (FN Agency) U.S. President Joe Biden said on Monday that his administration is prepared to take additional steps to respond to the cybersecurity attack on the Colonial Pipeline, which is the largest refined-products pipeline in the United States. “The Department of Energy is working directly with Colonial to get the pipelines back online and operating at full capacity as quickly and safely as possible,” Biden said during remarks on the economy at the White House.

“The Federal Bureau of Investigation has determined Colonial’s network was infected by ransomware, and it’s a criminal act, obviously,” Biden said, adding the agencies across the government have acted quickly to mitigate any impact on the fuel supply. “We’re prepared to take additional steps, depending on how quickly the company is able to bring its pipeline back to full operational capacity,” he said. “My administration will be pursuing a global effort of ransomware attacks by transnational criminals who often use global money-laundering networks to carry them out,” he noted.

Biden’s remarks came days after the Colonial Pipeline Company, operator of the pipeline carrying gasoline and diesel fuel to U.S. east and southeast parts, temporarily halted all pipeline operations after the cybersecurity attack involving ransomware was detected on Friday. The company, which transports more than 100 million gallons of fuel daily on the East Coast, said Monday in a statement that it aims to substantially restore operational service by the end of the week. At a White House press briefing on Monday, Anne Neuberger, Biden’s deputy national security adviser for cyber and emerging technology, said the administration is “taking a multi-pronged and whole-of-government response” to this incident and to ransomware overall.

“The administration encourages all private-sector owners of critical infrastructure to focus on improving cybersecurity, and the government remains open and willing as a partner to support those efforts,” Neuberger said.