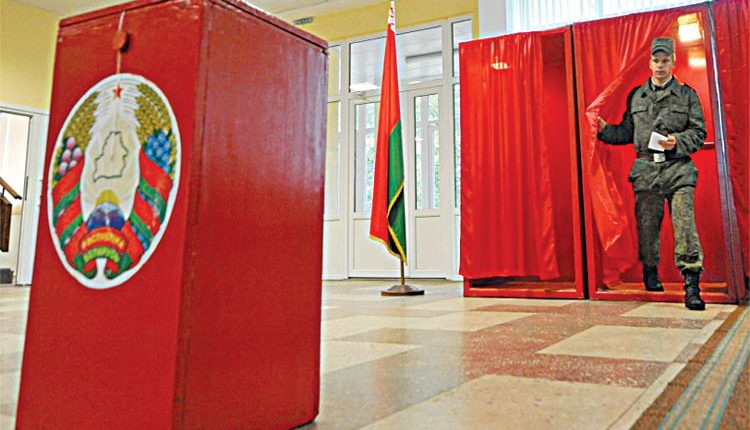 Minsk, Mar 23 (FN Agency) Belarus’ opposition United Civil Party (UCP) announced on Tuesday that its leader, Nikolai Kozlov, had been detained and taken to an isolation center for offenders in Minsk. Late on Monday, the party leader warned about the possibility of his detention. After that, he stopped making contact.

“Nikolai Kozlov is already in the Okrestina [detention center]. [We] told party comrades in the Central District Department of Internal Affairs,” the party wrote on Facebook. Earlier in March, a criminal case was initiated against the opposition figure over intentional disclosure of confidential investigation information. Under the Belarusian criminal code, Kozlov may face a fine or arrest. According to the coordination council of the Belarusian opposition, of which Kozlov is a member, the politician refused to sign a non-disclosure obligation three times after interrogations at the Investigative Committee of Belarus, where he was summoned as a witness in a criminal case. In this regard, Kozlov was punished with a 15-day administrative arrest under the article on “disobedience to a lawful order or demand of an official exercising his official powers.”

Belarus entered a prolonged political crisis after the August 9 presidential election, won by incumbent leader Alexander Lukashenko. The opposition did not recognize the results, claiming that Svetlana Tikhanovskaya, an opposition candidate, was the real winner. Following the election, the opposition set up the coordination council of Belarus on the transit of power. State prosecutors, in turn, launched proceedings against the council, suggesting that it could harm the country’s security. The council says its goals and methods of work comply with the country’s constitution.