Be so ready that B’desh is never famine-struck: PM 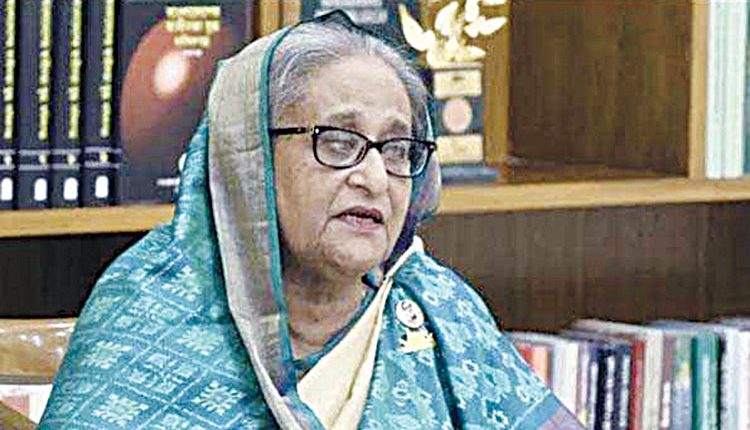 Dhaka, Oct 13 (Representative) Bangladeshi Prime Minister Sheikh Hasina urged the countrymen to make all-out efforts so that Bangladesh never has to face any situation like famine and food insufficiency due to prolonged Russia-Ukraine conflict and the ongoing Covid-19 pandemic. “We have soil and manpower. So, we have to take initiative from now on so that Bangladesh never has to face famine and food insufficiency-like situations. We will have to grow our food,” she said.The premier was virtually addressing a programme organised to hand over Bangabandhu Jatiya Krishi Puroshkar-1425 and 1426 (Bangla year), the highest state recognition in the agriculture sector, to 44 individuals and organizations in 10 categories, from her official Ganabhaban residence here.The Ministry of Agriculture organised the function at the Osmani Memorial Auditorium here Wednesday morning. The prime minister referred to her talks with the heads of the government and state of the different countries mostly developed ones at the United Nations General assembly in New York and in the funeral of Queen Elizabeth 11 in London.

She said during her talks with the world leaders, they apprehended that a famine or food insufficiency may hit the world in 2023 due to the war. She said she doesn’t think the war will end immediately as it benefits those who sell arms and some other countries despite commoners across the globe suffering immensely due to skyrocketing prices of goods and services for the war. “I called upon the global community to take measures to stop the war and arrange food, treatment and education for the mankind, particularly for children,” she said. The premier said her government is working tirelessly to ensure food security for the countrymen, hoping that they would be successful in doing so, as they have effectively tackled the Covid-19 situation.

Referring to the remarks on not keeping a single inch of land uncultivated by Father of the Nation Bangabandhu Sheikh Mujibur Rahman, she urged the countrymen to grow food grains on whatever places they have.She said, “We have to be self-reliant by growing food for ourselves and we have to give some produced grains to the neighbours. “Agriculture Minister Dr Muhammad Abdur Razzaque, Fisheries and Livestock Minister SM Rezaul Karim and Agriculture Ministry’s Parliamentary Affairs Standing Committee Chairman and former Agriculture Minister Begum Matia Chowdhury spoke at the function. Secretary of the Agriculture Ministry Md Sayedul Islam gave the welcome address while one of the award recipients, Sharmin Akhter expressed her feelings on behalf of the award winners.

Taiwan billionaire to back fight against China