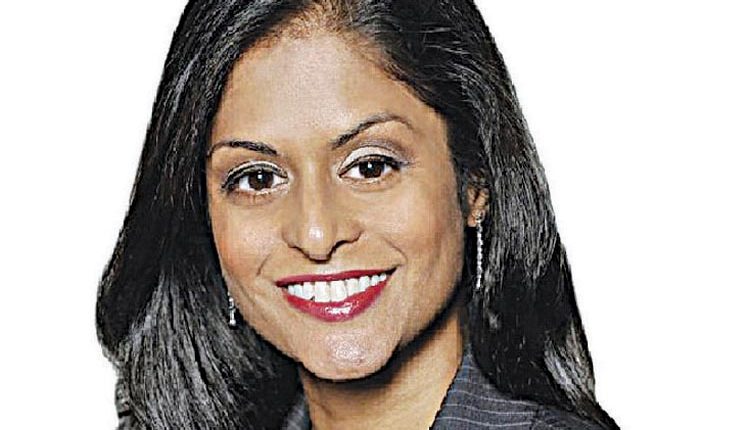 Washington, Jan 21(Agency) Nusrat Jahan Choudhury, legal director of the American Civil Liberties Union of Illinois, is President Joe Biden’s nominee for a federal judgeship. If confirmed by the Senate, Choudhury would become the first Muslim woman to serve as a federal judge and the first Bangladeshi American. Choudhury is Biden’s nominee for the US District Court for the Eastern District of New York, as part of his administration’s push to reshape the federal judiciary with diversity. The latest round of eight nominations – the 13th since Biden took office one year ago – brings Biden’s total judicial nominees to 83 and continues his administration’s efforts to put more women and judges of colour on the federal bench, said usatoday.com.

Choudhury, who previously worked at the American Civil Liberties Union in New York, would be just the second Muslim American federal judge after the Senate confirmed Zahid Quraishi – another Biden nominee – to the U.S. District Court for the District of New Jersey in June. Sixty-two of Biden’s federal judiciary nominees have been women, including seven of the eight new nominees. The new group includes two Black women, a Taiwanese immigrant, an Asian American, a Latina and one nominee who identifies as Asian American, Latino and white. Three nominees are civil rights lawyers, two are labor lawyers and two are public defenders. Choudhury emerged as the top choice among Muslim American advocates last summer for one of New York’s federal court vacancies; Senate Majority Leader Chuck Schumer backed her as an expert in civil rights and liberties.

Muslim Advocates, a national civil rights organization, wrote in a July letter to Schumer and New York Sen. Kirsten Gillibrand, D-N.Y., that Choudhury has a “stellar reputation” for advancing the rights of minority communities and that her nomination would make much-needed history. Biden is also nominating Arianna Freeman, a federal public defender in Philadelphia, to serve on the U.S. Court of Appeals for the Third Circuit in Pennsylvania. Freeman is the eighth Black woman Biden has nominated as a federal appellate judge, matching the total number of Black women who have ever served as federal appellate judges. Freeman would become the first African American woman to ever serve on the Third Circuit if confirmed. In his first year in office, Biden won Senate confirmations of 41 of his federal judge nominees, the most of any president during their first 12 months since John F. Kennedy. Twenty-four of Biden’s judicial nominees have been Black (29%), 17 have been Hispanic (20%) and 16 have been Asian Americans and Pacific Islanders (19%).

‘It was a terrifying sound. God saved me’, says Indian survivor of Houthi terror attack