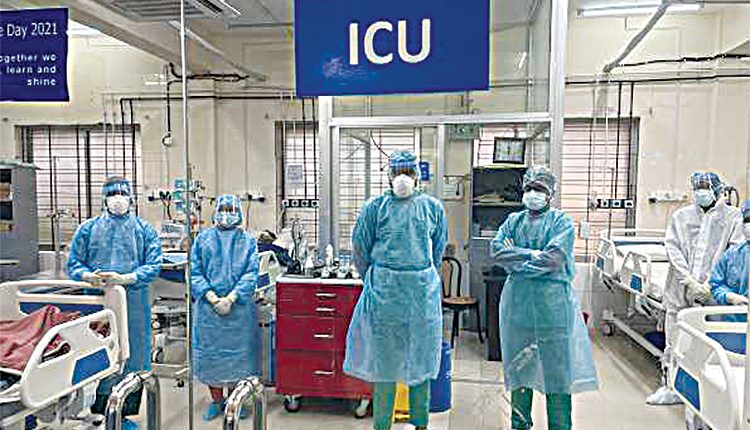 Dhaka, Jul 7 (Agency) Bangladesh on Wednesday registered a record 201 new deaths from COVID-19 in a day taking the total toll from the diseases to 15,593. Khulna tallied 66 fatalities in a single-day count, the most among the eight divisions in the country. Dhaka was a close second with 58 deaths, followed by Chattogram with 21, Rajshahi with 18 and Rangpur with 14.

The COVID-19 caseload surged to 977,568 after 11,162 people tested positive for the disease until 8 am Thursday, according to the latest government data. Dhaka logged the highest daily cases among the eight divisions with 4,732. Khulna saw 1,900, Chattogram 1,586 and Rajshahi 997, while Rangpur saw 571. Nationwide, another 5,987 people recovered from the illness, bringing the total number of recoveries to 850,502. As many as 35,639 samples were tested across the country, for a positivity rate of 31.32 percent. The latest figures put the recovery rate at 87 percent and the mortality rate at 1.60 percent.

Bangladesh is currently facing a renewed surge in COVID-19 cases and deaths, prompting the government to impose its harshest lockdown yet. After record infections and deaths in April, June was the second cruellest month for Bangladesh since the coronavirus pandemic struck the country in March 2020. Globally, over 184.69 million people have been infected by the novel coronavirus and 3.99 million have died, according to a tally by Johns Hopkins University. Infections have been reported in more than 210 countries and territories since the first cases were identified in China in December 2019.