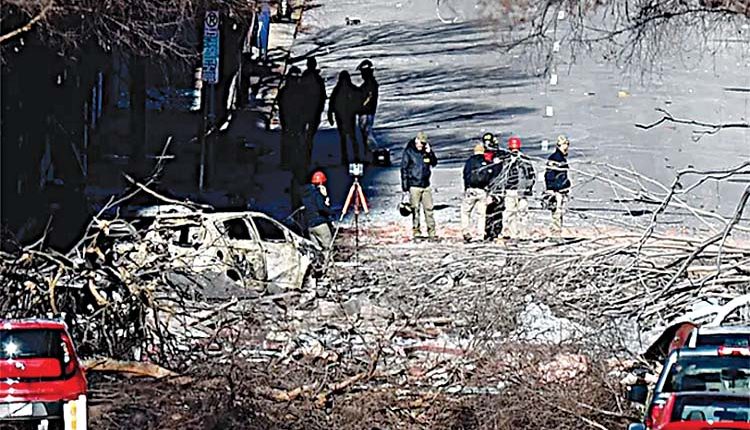 Moscow, Dec 27 (Agency) AT&T says it is beginning to restore its services affected by Nashville’s downtown bombing on Christmas, which resulted in major damage to an AT&T data center. “We continue to make progress in our restoration following this devastating explosion. We are completing our work as quickly and as safely as possible. We are beginning to restore power to the facilities in the building after connecting generators through the walls. We are hopeful this equipment may be back online in the hours ahead,” AT&T said on Saturday.

The company added that much of the mobility services affected in the Lexington, Kentucky area have been restored. “… we are contributing $100,000 to the Nashville Convention and Visitors Corporation to support area businesses impacted by the recent explosion and to help law enforcement collect information for their ongoing investigation,” AT&T said. On Saturday, CBS reported that investigators had identified a person of interest in connection with the massive vehicle explosion that took place in Nashville, Tennessee, on Christmas Day. FBI (Federal Bureau of Investigation) agents were investigating a property linked to the person of interest on Saturday, CBS said. According to US media reports, law enforcement believe that the suspect could have been killed in the explosion, which occurred after a recreational vehicle was detonated in the street. That same camper van appears to have been spotted at the property investigated by FBI agents on Saturday. CNN reported citing two law enforcement sources with direct knowledge of the investigation that the Nashville explosion was likely a suicide bombing. According to CBS, law enforcement officers in Nashville are now doing DNA testing of the remains found near the site of the explosion, to determine if they belong to the suspect. According to the FBI, there are currently no other explosive threats in Nashville.

Three people suffered injuries as a result of the Nashville explosion, which investigators have said was “intentional.” Over 40 buildings were damaged in the city’s downtown area, including an AT&T central office. AT&T communication systems across Tennessee, as well as in Kentucky and Alabama were affected. CNN quoted FBI Special Agent in Charge Douglas Korneski as saying on Saturday, in response to a question about whether the AT&T building was a target of the bombing, that police “are looking at every possible motive.” Nashville Mayor John Cooper signed an executive order on Friday declaring a state of civil emergency and enforced a curfew in the downtown area until Sunday. Tennessee governor Bill Lee on Saturday published a letter asking US President Donald Trump to declare an emergency and provide federal assistance to 41 businesses that suffered damages in the blast.