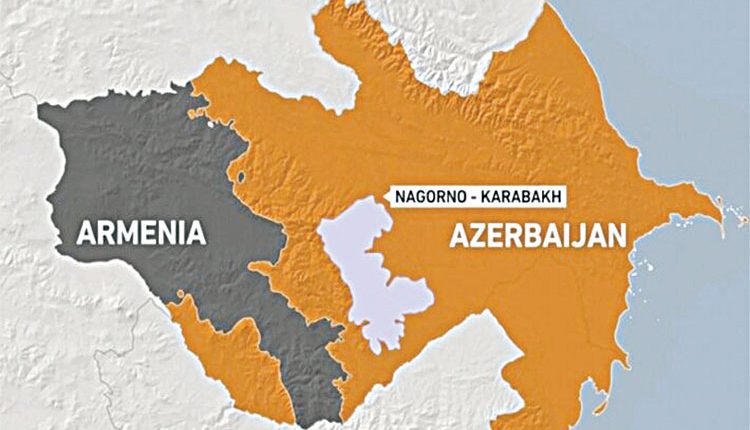 Yerevan, Feb 22 (Sputnik) Yerevan hopes that joint efforts with Russia will bring about lasting peace to Nagorno-Karabakh, Armenian Defense Minister Vagharshak Harutyunyan told Sputnik in an interview. According to Harutyunyan, Armenia believes that “first of all, the security of the population of Artsakh [Nagorno-Karabakh] should be provided by the [Karabakh] Defense Army.”

“Certainly, there is a lot to be done in terms of restoring its combat readiness and modernization, but anyway it must be done. Secondly, Armenia remains a guarantor of the security of the people of Artsakh and will never abandon this historic mission,” the minister continued. “And the third, probably the most important thing, is the Russian military presence in the region, thanks to which a ceasefire was first achieved, and then a humanitarian catastrophe was averted. I think that thanks to joint efforts with the Russian Federation, long-lasting peace in the region will be ensured,” Harutyunyan said.

The decades-long conflict in Nagorno-Karabakh, the mountainous region internationally recognized as Azerbaijan’s territory but largely populated by Armenians, flared up in late September. The hostilities, which resulted in military and civilian casualties on both sides, ended after Baku and Yerevan agreed to a Moscow-brokered ceasefire on November 9. The deal resulted in the loss of most territories controlled by the self-proclaimed Nagorno-Karabakh republic and the deployment of Russian peacekeepers to the region.