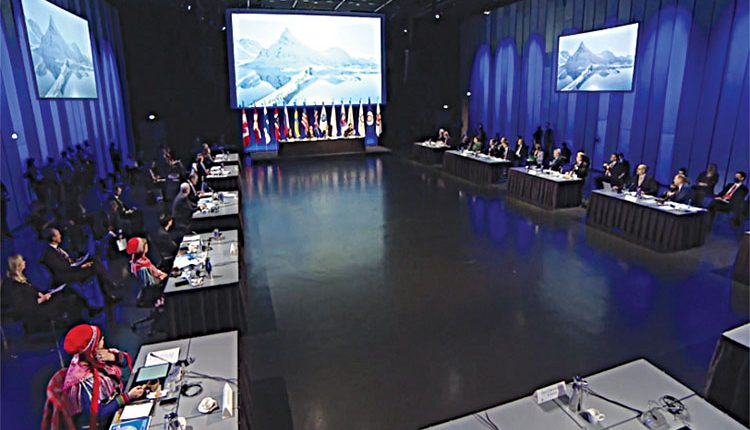 Reykjavik, May 20 (Agency) The Arctic Council, during it’s 12th ministerial meeting here on Thursday unanimously adopted a new strategic plan for the region’s development till 2030. Icelandic Minister for Foreign Affairs and International Development Cooperation Gudlaugur Thor Thordarson introduced the 10-year strategic plan. The plan was adopted unanimously as none of the delegates objected.

The forum also marked the Arctic Council’s 25th anniversary and the transfer of the two-year chairmanship from Iceland to Russia. As the new chair, Russia expects to ensure investment, research and trade projects in the Arctic for the sustainable development of the region. The concept was developed in line with the goals set by President Vladimir Putin in the 2035 Arctic Strategy. It emphasizes the role of the council as a key association for coordinating international activities in the region and strengthening relations between Arctic states.

The Arctic Council was established in 1996 as a high-level intergovernmental forum promoting cooperation in the region with a focus on environmental protection. The council includes Denmark, Finland, Iceland, Canada, Norway, Russia, Sweden, and the United States.