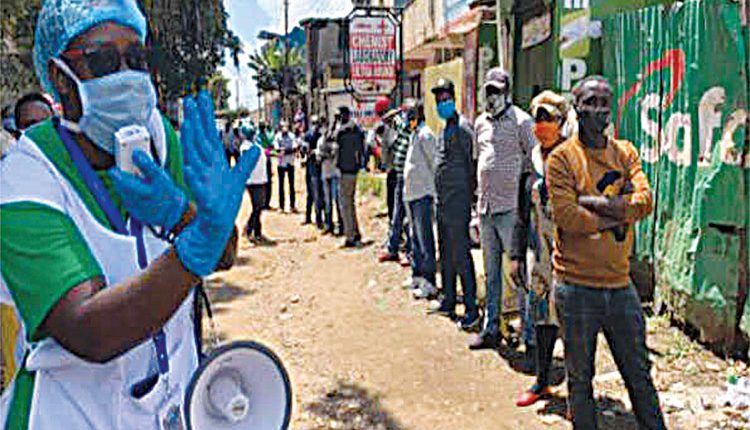 Moscow, Jul 8 (Agency) Africa has witnessed the worst ever week amid the ongoing surge in cases of COVID-19, topping the peak of the pandemic’s second wave, but there are signs of progress as far as vaccine deliveries, the World Health Organization (WHO) Regional Office for Africa said on Thursday. Africa has been witnessing a spike in infections for seven consecutive weeks since the start of the third wave in early May. Over the past week, more than 251,000 new COVID-19 cases were recorded on the continent, marking a 20% increase compared to the previous week, and a 12% jump from the January peak.

“Africa marked its worst pandemic week ever, surpassing the second wave peak during the seven days ending on 4 July 2021. Yet, as the COVID-19 cases climb sharply, there are signs of progress on vaccine deliveries to the continent,” the regional office said in a statement. Though vaccination rates still remain low in Africa, there are “hopeful signs,” as vaccine deliveries from the international COVAX vaccine-sharing program are gathering momentum. Over the past two weeks, the continent has received more than 1.6 million doses, with over 20 million Janssen and Pfizer-BioNTech vaccine doses expected to arrive from the United States.