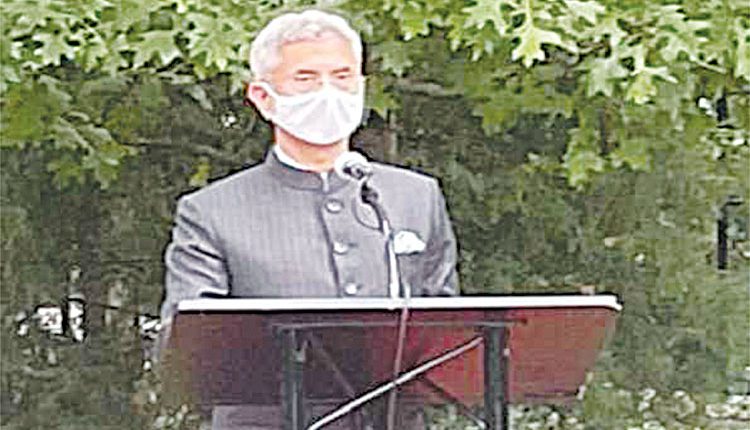 United Nations, Aug 18 (FN Bureau) India on Wednesday said that with UN peacekeepers being faced with more asymmetrical threats in their line of duty in countries, the world body cannot remain indifferent to the dangers they face, and announced that it is supporting the UN in the rollout of the UNITE Aware platform to improve the safety and security of peacekeepers. External Affairs Minister S Jaishankar, chairing the United Nations Security Council Open Debate on Technology and Peacekeeping, during India’s month-long presidency, also announced four points for the protection of UN peacekeepers.

“Since deploying for the first time in 1948, UN peacekeeping missions continue to operate in a variety of challenging settings. This could involve armed groups, non-state actors and terrorists,” he said. “Because the nature of peacekeeping missions and their attendant threats have become more complex, it is vital that our capabilities to secure the peacekeepers keep pace. “We owe it to them to ensure that our protective efforts meet the highest standards,” Jaishankar said. He said the 21st-century peacekeeping must be anchored in a strong ecosystem of technology and innovation that can facilitate UN peacekeeping operations in implementing their mandates in complex environments. He also said that India has provided 2,00,000 doses of Covid vaccines for UN Peacekeeping personnel worldwide.

“It gives me great pleasure to announce that India is supporting the UN in rollout of the UNITE Aware Platform across select peacekeeping missions. It is based on the expectation that a peacekeeping operation can be visualized, coordinated and monitored on real time basis,” he said. The four points he outlined included the need to focus on proven, cost effective and field serviceable technology. Agile manoeuvrability of assets, that should be environment friendly, and the need of sound intelligence and sharing of data that will help in precise positioning of troops,