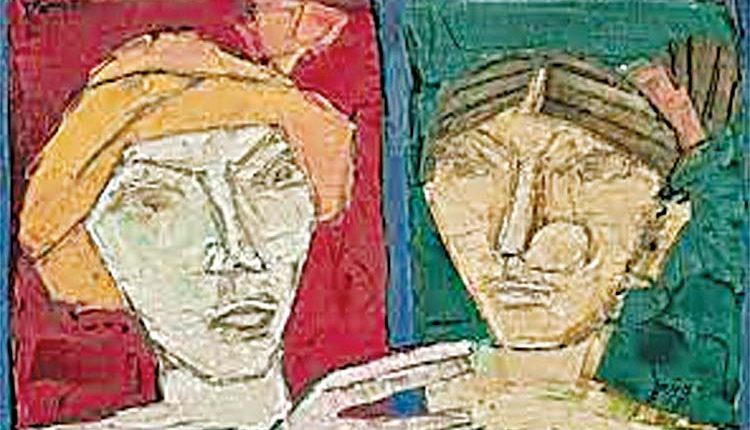 Mumbai, Aug 13 (Agency) The painting was auctioned through SaffronArt a prestigious auction house in their exhibition titled, ‘Summer Live Auction’ in July 2021. The painting is representative of Husain’s timeless leitmotif of the quintessential horse. Since the 1950s when horses appeared in his work, this symbol caught the imagination of both art connoisseurs and critics. This painting has a horse painted in greyscale undertones crescendoing to white hues with the main background in two colours: green and yellow bifurcating the canvas. As with most of Husain’s horses, the painting depicts action frozen in time. The width of the upper canvas is embellished with a group of colourful horses accentuated and stretched across the top of the canvas as exciting to view as the ‘untitled horse’ that is the prime focus of the painting. In true Husainesque style, both the main figure and background are in direct and bold contrast colours. Known for his prolific output and for rarely painting over his work, Husain’s brisk style coupled with magnanimous brush-strokes that are thick and edged give the painting the immediately recognisable Husain trademark.

In ‘Untitled’, Husain uses the palette knife selectively with impasto on the horse. This gives richness and depth through texture. It also emphasizes the subject of the composition which goes beyond a horse surrounded by horses. To Husain, the horse was symbolic for being a metaphor for freedom, power, and euphoria. What gives Husain’s horses an inexplicable eternal hypnotic ability is the artist’s impeccable technique to portray them in motion with emotion. Sometimes fierce and other times quiet; sometimes joyful and sometimes moody. In this painting like many of the Husain horses – the horse had dilated nostrils, graceful thick mane and hind legs lifted in the air exuding exuberance. The backdrop of the line of purple horses bordering the perimeter of the top of the canvas in this painting may be as important as the horse. Because Husain gave each horse in the line their gestural posturing, he created a pensive and secondary perspective behind the main horse and gave it importance by adding detailing of individual stance, emotion, and features. Like theatre, the secondary actors seem as important. The story of Husain’s fascination with horses has been told in countless catalogues, articles and books yet it takes new significance when the painter tells you why himself.

Abeer Vivek Abrol says, “Husain uncle’s art has changed my perception on various subject matters and helped me in discovering my own political, religious, spiritual and social standpoints. I wish to not only appreciate Indian art myself, but also spread the awareness amongst our youth.” Vivek Abrol once met the painter at his home in Doha in 2008. He remembers asking Husain how he fell in love with painting horses. Husain replied, “The battle of Karbala has left a significant impact on me. I will never forget when I was very young and first heard the story. My love for horses started there.” According to art historians, Duldul was the inspiration behind M.F. Husain’s famous motifs of horses. This symbol of horse would universally represent valour, loyalty, courage and love for God finding its seeds of inspiration from the Battle of Karbala and this symbol would be immortalized in Husain’s paintings for sixty years. In the ‘Untitled’ painting recently purchased by the Abrol family, Husain stays true to his imagination of Duldul the horse from the Battle of Karbala. “Art is always ahead of time. Tomorrow, they will understand it.”

About PozoArt
PozoArt is a website founded and run by Aashna Vivek Abrol, an art connoisseur and Vice President of Woman Respect Foundation (also called Nari Samman Sanghatan). Abeer Vivek Abrol happens to be the youngest bidder of 21 years age at the solo “Husain” auction. He became the proud owner of 1980 painting “Mother Teresa in Benevolence” with his winning bid from the celebrated artist MF Husain’s Mother Teresa collection

‘Success in filmmaking should be by design, not by vagaries of chance’