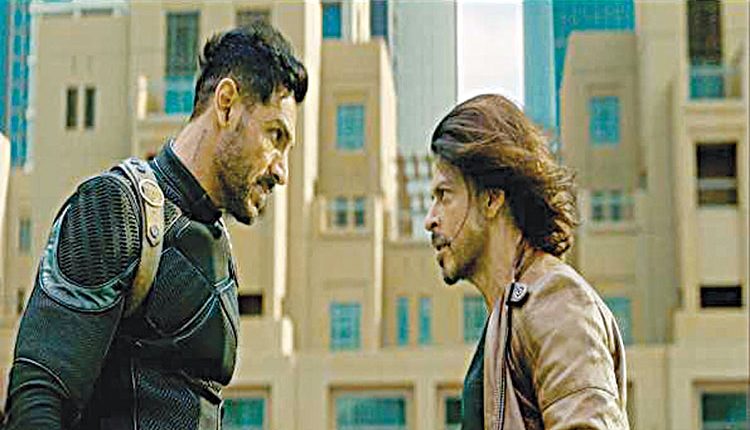 New Delhi, Nov 26 (Representative) Aditya Chopra and ace director Siddharth Anand is relentlessly working to make ‘Pathaan’ India’s biggest action spectacle. The visually spectacular Yash Raj Films’ action extravaganza, ‘Pathaan’, is part of Aditya’s ambitious spy universe and has the biggest superstars of the country Shah Rukh Khan, Deepika Padukone and John Abraham in it. It has now come to light that ‘Pathaan’ has a huge Tom Cruise connect that is going to blow the minds of every spectacle movie going audience in India! Siddharth revealed, “When one sets out to make the spectacle action film of India with one of the all time biggest heroes of our country, Shah Rukh Khan, you need to have a champion team that is unified in the vision. Thankfully we got an A-team that came together to push the visual envelope with Pathaan and I was delighted to have someone like Casey O’Neill, who has extensively worked with Tom Cruise, to be by our side.”

Emmy award-nominated Casey, regarded as one of the best action directors in Hollywood, is the brain behind Tom Cruise’s death-defying stunts in films like Jack Reacher, Mission Impossible series films, Top Gun : Maverick and has also worked with Marvel Studios and Steven Spielberg to name a few! About Casey, Siddharth further added, “He brings in a wealth of experience and he immediately bought into the idea of creating edge of the seat action for Pathaan that could match what he’s done back home in Hollywood. What Casey has created in Pathaan, is simply mind-boggling. You will have to see the film for that because we aren’t going to disclose any details from the film till it releases in theatres on January 25.” Casey is also a 7-time Screen Actors Guild awards nominee and 3-time Taurus World Stunt Awards Winner for Once Upon a Time in Hollywood, Captain America Winter Soldier and Mission Impossible Ghost Protocol. His skills have also earned him membership to the Academy of motion picture arts and sciences and membership to the elite Brand X Action Specialists. ‘Pathaan’ is set to release on January 25, 2023 in Hindi, Tamil and Telugu.