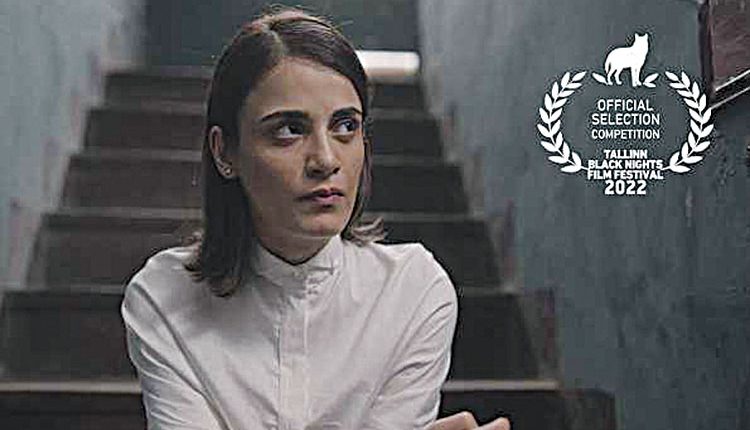 New Delhi, Oct 21 (Representative) Director Sudhanshu Saria’s upcoming film ‘Sanaa’, starring Radhika Madan has been invited to have its World Premiere at the 26th Tallinn Black Nights Film Festival. The annual festival, one of the largest in Northern Europe, will be held from November 11 to 27, in the capital city of Tallinn, Estonia. Incidentally, ‘Sanaa’ is the only Indian film competing for ‘The Grand Prix for Best Film’ award at the festival this year. The film is a relationship drama about a headstrong and ambitious woman (Radhika) who is fighting an internal battle due to unresolved trauma. It also stars Pooja Bhatt, Sohum Shah, Shikha Talsania, Nikhil Khurana and Navneet Nishan in pivotal roles. Sudhanshu has shared a special relationship with the Tallinn Black Nights Film Festival over the years. His directorial debut, the indie road romantic drama Loev (2015), premiered there in the First Feature competition.

His psychological thriller short film Knock Knock Knock had its Europen Premiere at Tallinn in 2019 in their Homecoming section. Sudhanshu also served on the juries for the First Features and the Estonian Film competition sections of the 20th Tallinn Black Nights Film Festival. Held since 1997, Tallinn Black Nights Film Festival or PÖFF is the only festival in Northern Europe or the Baltic region with a FIAPF (International Federation of Film Producers Association) accreditation for holding an International Competitive Feature Film Program, which places it alongside 14 other non-specialised competitive world festivals including Berlin, Cannes, Venice, Karlovy Vary, Warsaw, and San Sebastian.In the past, Indian films like Loev (2015), Gangs of Wasseypur (2012), Margarita With A Straw (2014), Tumbbad (2018) and others have been screened at PÖFF.The festival hosts around 500 plus feature-length, short films and animation films from around 80 countries.

With an attendance of over 100,000, it is one of the largest film festivals in Northern Europe.Sudhanshu said, “Going to Tallinn is like going back home. It’s the place where Loev, my debut feature, took its first steps into the world and where Knock Knock Knock had its European Premiere. I’m grateful to the Festival for inviting Sanaa into the Main Competition this time, a category that has previously screened so many auteurs I admire. I can’t wait to see how European audiences react to our modern, quintessentially Indian film and to Radhika Madan in particular who has turned in a performance for the ages in the lead part.” Sudhanshu was recently announced as the director of the female-led espionage drama titled ‘Ulajh’, with Junglee Pictures. He is also writing, co-directing and show-running a Young-Adult show for Amazon Prime, and is co-producing and writing Delhi Crime Season 3 for Netflix.