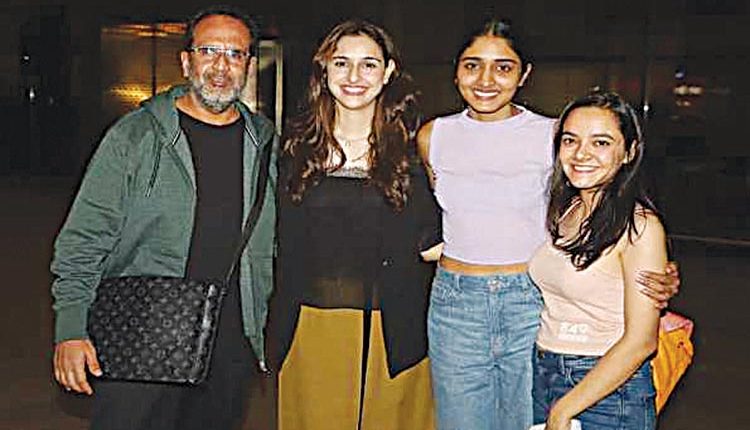 Mumbai, Aug 1 (FN Agency) Director Aanand L Rai’s ‘Raksha Bandhan’ has created a buzz amongst all its fans since the trailer was released.Akshay Kumar starrer is an emotional family drama signifying the beautiful brother-sister bond, and the fans have already taken it to social media to express their eagerness to witness it live. The promotions of the film were quite active with Akshay, Bhumi Pednekar, and the cast of the film interacting with the media and their fans on various occasions.Aanand Rai was recently spotted with the cast of the film heading towards the airport for the film’s international promotions.

With Akshay’s on-screen sisters Sadia Khateeb, Smrithi Srikanth, and Sahejmeen Kaur the director was seen heading towards the airport for the film’s promotional activity in Dubai. The crew looked all set to head for the promotions and their chilled avatars grabbed all our attention.The sisters looked beautiful in their attires and the smiles on their faces expressed it all. Being their first film with the ‘Khiladi Kumar’, the actresses looked energetic.Produced by Aanand L Rai and Himanshu Sharma in association with Alka Hiranandani and Cape of Good Films, it is written by Himanshu Sharma and Kanika Dhillon.The film is set to release on August 11.