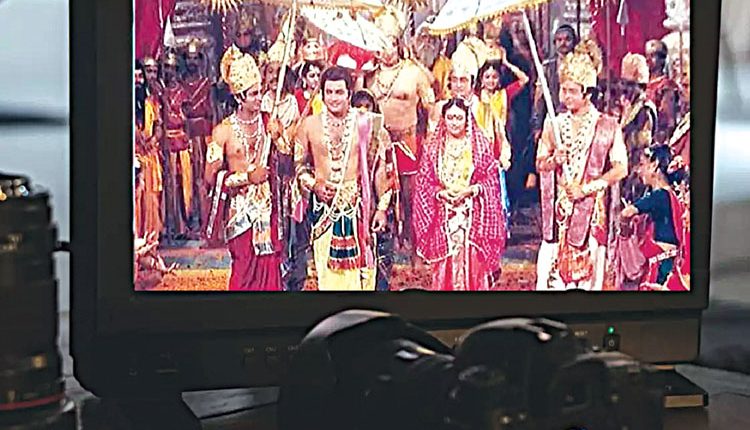 Mumbai, May 25 (Agency) With a majority of states under lockdown, it is a repeat of last year’s trend for television networks, with viewers showing a greater proclivity to watch mythological shows, Broadcast Audience Research Council (BARC) said on Tuesday. During the nationwide lockdown last year, re-launching mythological fiction shows like Ramayana and Mahabharat had paid rich dividends for the national broadcaster DD, keeping it ahead of all in viewership ratings.

It can be noted that many states have been under a lockdown since mid-April due to arrest for the spread of the second wave of infections. However, there has not been a nationwide lockdown this year. For the week ended May 14, viewership of mythological content on Hindi general entertainment channels increased to 15.2 billion minutes, which is a 73 per cent growth over the 8.8 million billion minutes recorded for the week ended April 9, BARC said.

“We had witnessed a spike in viewership for mythological content last year during the onset of the pandemic as well. Given the current environment – with partial lockdowns and limitations on movement in several parts of the country – this trend is once more clearly visible,” a spokesperson for BARC said. At the start of last year’s lockdown, the overall viewership for mythology-based content stood at 25.7 billion minutes for a week, which hit a high of 119.1 billion within three weeks and declined from there. In April 2020, reliance on the mythological content was so high that 43 per cent of Hindi GECs’ airtime was dominated by such shows.

In August last year, the 207-minute event of Bhoomi Pujan for a new temple for Lord Ram in Ayodhya was broadcast on 198 channels and garnered over 7.3 billion viewing minutes from 163 million people who watched it, as per BARC. Meanwhile, the body said viewership of comedy content is also going up steadily over the last month of the lockdowns, rising 36 per cent on the Hindi GECs to 31.8 billion minutes for the week ended May 14, when compared to the 23.3 billion minutes for the week ended April 9.

Sebi to empanel auditors for forensic audits of listed cos