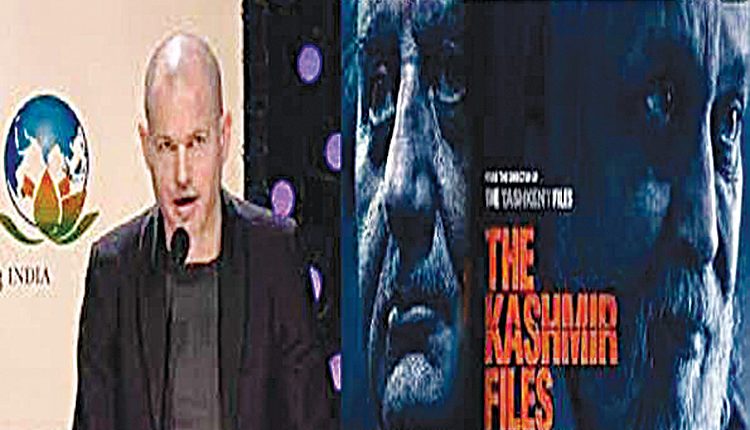 New Delhi, Nov 29 (FN Agency) Israel Ambassador to India Naor Gilon has termed IFFI’s jury head Nadav Lapid’s propaganda remark on “The Kashmir Files” film as a person’s private opinion. “I think one private person with his own opinion shouldn’t change anything here. The relations are much stronger than one individual and I think they will continue regardless of another individual,” the ambassador said. Galon further said despite these remarks by his countryman, the ties between the two countries are much stronger and will continue. The controversy erupted after Lapid termed ‘The Kashmir Files’ as propaganda and vulgar. Speaking at the concluding ceremony of the festival, Lapid said that he was disturbed and shocked to see the film’s inclusion in the competition section of IFFI.

Today, Israel Consul General Kobbi Shoshani said the film definitely is not propaganda. Addressing a press conference alongside actor Anupam Kher, Shoshani said, “I watched the movie and it was very dramatic for me because before that I had never heard about what happened in Kashmir in 1991.” He also apologised to Anupam Kher about the speech that was a private person’s opinion and nothing to do with Israel. “After I heard the speech which we don’t accept, the first person I called in the morning was Anupam Kher, to apologise about speech that was a private person’s opinion, maybe with some other European jurors, but nothing to do with the state of Israel,” Shoshani said. Hitting out at Lapid’s “propaganda” comment, Director Vivek Agnihotri tweeted, “Good morning. Truth is the most dangerous thing. It can make people lie. #CreativeConsciousness.”