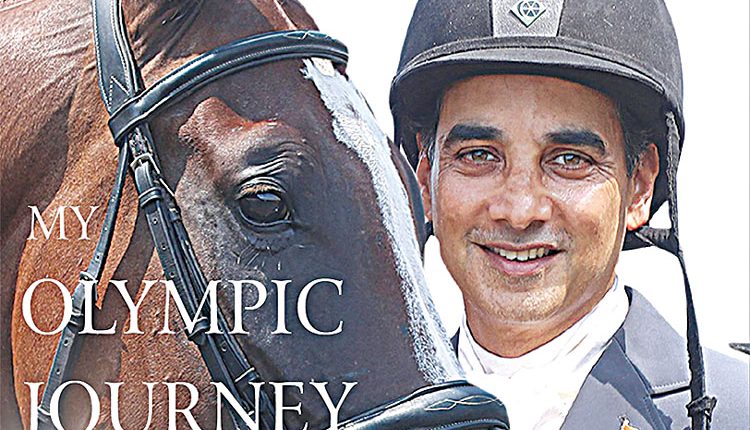 New Delhi, July 12 (FN Agency)HarperCollins is proud to present the story of an Indian equestrian rider and his Olympic dream ‘RIDING FREE: MY OLYMPIC JOURNEY’ by Imtiaz Anees. “The story of a true sportsman whose heart beats for his country. The pulse and emotion of this book are totally relatable. A beautiful real-life story of struggle, relationships, dreams and how Imtiaz overcame all hurdles to reach his goal.” – Sania Mirza, Indian Tennis Player, Olympian, Arjuna Awardee. “A gentleman’s gentleman, Imtiaz’s cool and clam disposition hides the grit and determination – the dedication and discipline that built the foundation for him to compete with the best at an international level.” – Karan Johar, Film Director.

“It’s one thing to have a dream. It’s entirely another thing to follow your dream with passion and courage. Don’t miss this story of Imtiaz in his quest towards his Olympic dream.” – Viren Rasquinha, Former Indian Hockey Captain, Olympian, Arjuna Awardee. “Imtiaz’s story is as heart-warming as it is inspiring. It’s so much more than sports – it’s about the power of dreams, self-belief, teamwork and perseverance. I must admit I have a soft spot for any story with animals in it. The bond between man and horse makes this story truly special.” – Alia Bhatt, Film Actor. “The gap between the impossible and possible is your commitment to do what you want to achieve and enjoy the journey. Think unreasonable, believe, work hard and see how the universe comes together to make it happen. My memoir is about achieving the impossible and I truly hope it inspires you enough to ‘Never give in’.”- Imtiaz Anees.

“Imtiaz’s single-minded pursuit of his Olympic dream, the challenges he counters, the people who offer support to him and the milestones he achieves reads like a work of fiction. Riding Free proves that nothing is impossible if you dare to dream and match it with hard work. We are excited to be publishing this incredible story on the eve of the Tokyo Olympics.” – Sachin Sharma, Senior Commissioning Editor, HarperCollins India. Here is an extract from the book:

My heart was pounding as the starter began the countdown: ’10-9-8-7-‘ This was the most exciting moment of my life-the realization of my boyhood dream and the culmination of many hours of hard work, figuring out how to tackle whatever obstacles the course threw at me. I was where thousands of eventing riders around the world dreamt of being. At the greatest sporting event in the world-the 2000 Sydney Olympics-and ready to start the cross-country event. ‘6-5-4-3-‘ the countdown continued, and then it was ‘2-1’ and off we went! Spring Invader, my horse, leapt forward on cue and we were thundering down the course, while I had thoughts for nothing but the first jump coming up and getting the take-off and landing right.

About the book:
‘My heart was pounding … yet I was sitting still! This was the most exciting moment in my life and the culmination of my boyhood dream. I was where thousands of eventing riders around the world had dreamt of being-the Olympics.’ This is the story of a young boy with an impossible dream-competing at the Olympics. From the age of four, Imtiaz Anees took to horse-riding like fish to water. It soon became a passion, one that continued through his life, beginning with his first competitive win at the age of six, eventually winning multiple equestrian events both nationally and internationally. Imtiaz is the only Indian rider to complete an equestrian three-day event at the Olympics, in Sydney in 2000, at the age of thirty, in an elite sport long associated with royalty and wealth and primarily the army in India. Imtiaz Anees is an equestrian Olympian, trainer, competitor, NBC commentator, qualified Level 2 instructor and coach educator. As the only equestrian Olympian in India, he wants to share his knowledge and experience with all other riders and offers internship programmes to teach equine management. He runs an equestrian training centre-Seahorse Equestrian, a boutique stable with sixteen horses, located on a beautiful beach in a small fishing village in Nargol, Gujarat.