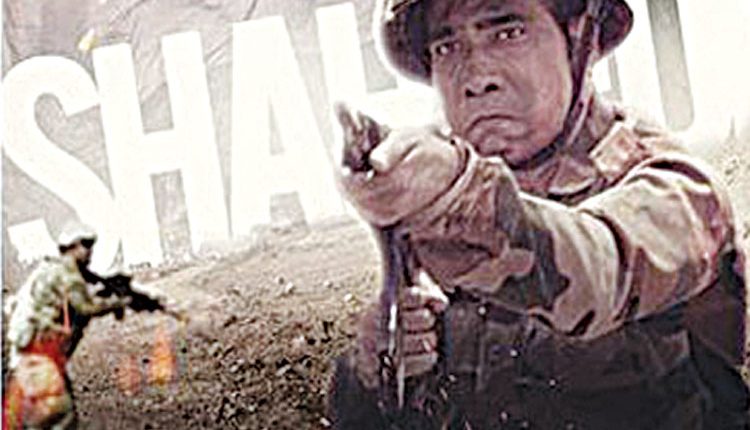 Mumbai, Aug (Representative) The music video ‘Shaheedi’, released on the country’s 75th Independence Day, is dedicated to the martyrdom of the jawaans of Indian Defence Forces. It is a humble homage to those who sacrificed their lives for the honour of the nation. It is also a salute to the valiant soldiers, to their devotion and selfless dedication to the motherland. It is to say India is proud of them and are privileged to have them as saviours and protectors. ‘Beehad Ka Baghi’ actor, Dilip Arya stars in the music video, Shaheedi – a tribute to the martyrdom of the Indian defence forces. The video tells the story of a soldier seeking to solace his parents and beloved after his ultimate sacrifice. Its poignant lyrics are penned by Ashish Prakash and the song is sung by Javed Ali of ‘Arziyan’ and ‘Kun Faya Kun’ fame. Rashid Khan, the well-known music director, is the composer, and the video is directed by Ravindra Gautam. The music video stars Dilip Arya as the main lead, a much-appreciated actor after his brilliant performance in MX Player’s hit show ‘Beehad Ka Baghi’. The video showcases Dilip’s depth and intensity as an actor. He gives in completely to the role, and it is impossible even for a moment not to take him as a proud jawaan of the Indian Army. His performance is stirring and makes one wonder the stuff these great soldiers are made of. Dilip will soon be seen in two forthcoming feature films, ‘Chauthi Manzil’ and ‘Parsa Bazaar’.

Amongst the various movies and music videos that have released this Independence Day, ‘Shaheedi’ stands out for its nuanced portrayal of the sacrifices a soldier makes for the country, with Dilip’s performance taking the music video to another level. Dilip Arya is a renowned Bollywood actor, popular for his role as the leading man in MX Player’s Beehad Ka Baghi. He is a postgraduate from Kanpur University and an alumnus of Bhartendu Natya Akademi as well as National School Of Drama. His debut feature film, Taanashah, released in 2020 and was a critically acclaimed film. His big break came in MX Player’s Beehad Ka Baghi where he was the leading actor, essaying the role of Shiva aka Dadua, a dreaded dacoit of Bundelkhand. His role is being highly appreciated by the audience and critics alike.