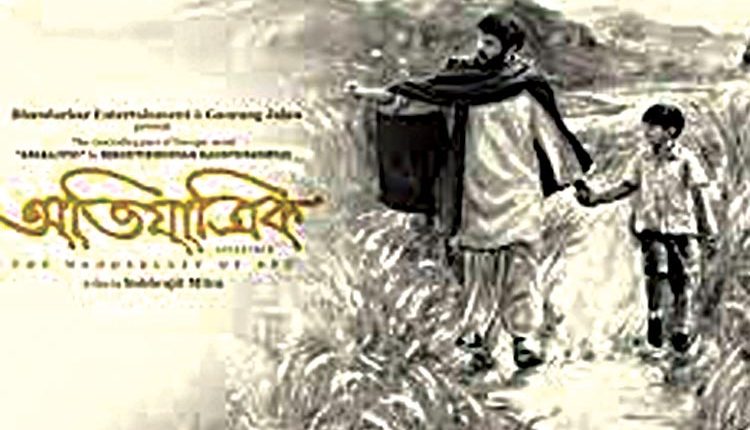 The film is based on the last one-third part of Bibhutibhushan Bandopadhyay’s novel Aparajita. It is the journey of a father and his son and how the father relives his entire childhood through the eyes of his son. The story revolves around a sublime bond between a father, Apu, and his 6-year-old son Kajol who lost his mother to an unpropitious fate during his birth. Apu finally bids farewell to his village, his city, his motherland and embarks on a spirited journey with Kajol and friend Shankar. They go in search of new beginnings, to unexplored terrains in a faraway land. Talking about the awards at CIFFB, Producer Gaurang Jalan said, “This year has been remarkable for Avijatrik. We set out to make a film that would be a befitting tribute to maestros Satyajit Ray, Soumita da (Soumitra Das) and Pandit Ravi Shankar.

As a producer, I am very happy with such heartwarming response from film festivals all over the world.” Co producer, Madhur Bhandarkar added, “We are happy to hear about adding more awards in our kitty with Avijatrik’s journey at CIFFB. As a filmmaker, there is no better reward that seeing your film resonating with audiences all across.” The music of the film is given by Pt. Bickram Ghosh while the Title Track is a Variation by Ms. Anoushka Shankar, of her father Pt. Ravi Shankar’s iconic Pather Panchali theme. The film has been shot in B&W with an ensemble of experienced cast and crew at 68 locations to retain the rich aesthetic flavor that compliments its backdrop of 1940’s India.

Decision on the hike in movie ticket prices to be taken soon: Minister