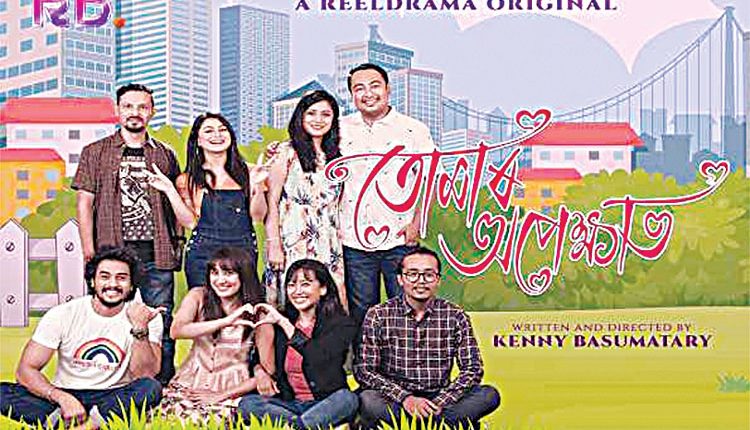 ‘Tomar Opekkhyat’ tells simultaneously the stories of four truly terrific couples with truly terrible luck. Bhaskar has loved Sunita for years now, but whenever he thinks of confessing his feelings, she seems to find a new boyfriend. Moitreyee and Joseph are perfect for each other if only they would just actually meet. Gautam and Hana hit it off well; in fact, too well to be true. Arif and Pinky meet at a party and bond over their love of books, but the next day when he asks the host for her number, it turns out no one knows her. Writer-director Kenny cites ‘Love, Actually’ as his primary influence for this series and said, “As a die-hard romantic myself, I just love the warm fuzzy feeling you get when you watch ‘Love, Actually’. I’ve always wanted to recreate that feeling myself, so I’m quite happy that Reeldrama gave us the chance to create a feel-good romantic comedy of our own.” The series has been shot by Suruj Deka and Prayash Sharma Tamuly in Guwahati and Udalguri. The songs and music, by Akashdeep Gogoi and Marathi Filmfare Award winner Utkarsh Dhotekar, have also earned a lot of praise. Arghadeep Barua, Anisha Saikia and Utkal Hazowari have lent their voices to the songs.