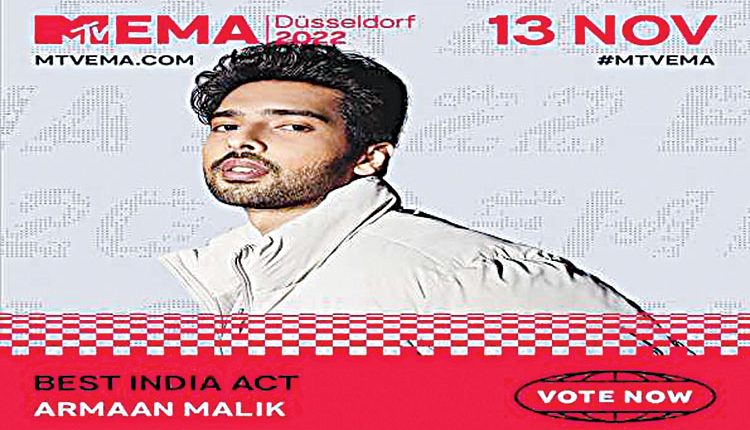 New Delhi, Oct 12 (FN Agency) Singer-songwriter Armaan Malik has had a terrific 2022 with back-to-back career-defining projects including the feature on Ed Sheeran’s ‘2Step’, ‘Memu Aagamu’ with Allu Arjun, and now, his latest English single ‘You’ has earned him his second MTV Europe Music Awards 2022 (EMA) nomination for ‘Best India Act’.His first international single, ‘Control’, won him the MTV EMA in 2020 and marked a major milestone in the journey of taking his music from India to the world.

Talking about this honour, Armaan said, “I am elated to earn yet another nomination at the prestigious MTV EMAs for my English single, ‘You’! The last time, I’d won the award for my debut single ‘Control’ and it was such a massive career milestone for me! I hope to make my fans, family and the country proud once again. I wish the very best to the other talented nominees alongside me, this is a big moment for all of us.” Public voting for award categories is live on the MTV EMAs website. The awards ceremony celebrating global artists will be held in Düsseldorf, Germany on November 13.