Aayush announces AS04 with intriguing poster 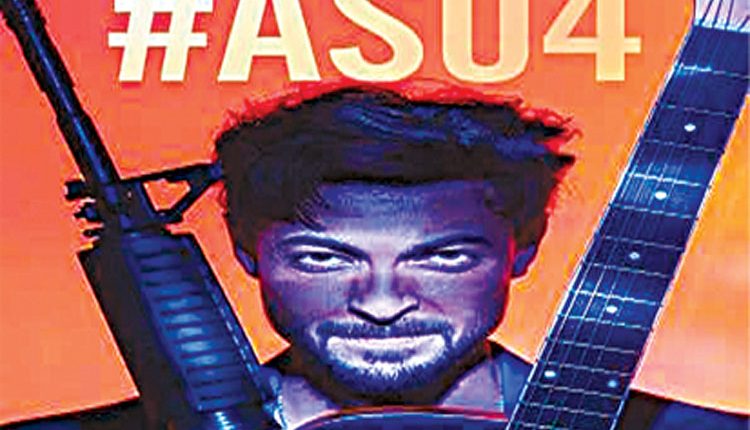 New Delhi, Oct 26 (FN Agency) On a roll to unfold his versatility with diverse genres and interesting concepts, Aayush Sharma has announced his fourth film, untitled AS04 with an intriguing poster giving an insight into his stylish look and innate swag. The teaser will be released on his birthday ie on October 26. Recently, Aayush created an uproar on social media with the announcement of his mytho modern action adventure AS03. While the fans were still beaming with joy owing to the announcement, Aayush has now revealed the poster for his fourth film, a complete entertainer putting forth his unmatchable swag and style.

The poster showcases the dark and gritty side of the actor with a machine gun and guitar alongwith his suave first look from AS04.Opting for the prevailing South Indian trend of announcements, Aayush has created his own brand in Bollywood becoming the first actor in the Hindi film industry to instate the trend. On the eve of his birthday, Aayush offered a treat to his fans. Earlier, the actor had shared the first glimpse of his film with a still presenting the stylish avatar, also announcing the teaser to release on Wednesday.Creating a mark for himself with his phenomenal physical transformation and attaining a remarkable growth in his career owing to his appreciable performance in ‘Antim: The Final Truth’, Aayush amassed an unfathomable fanbase rising to stardom with just his second film. With back-to-back announcements and promise of astonishing performances, Aayush is carving his niche as one of the most bankable and popular stars in the industry.