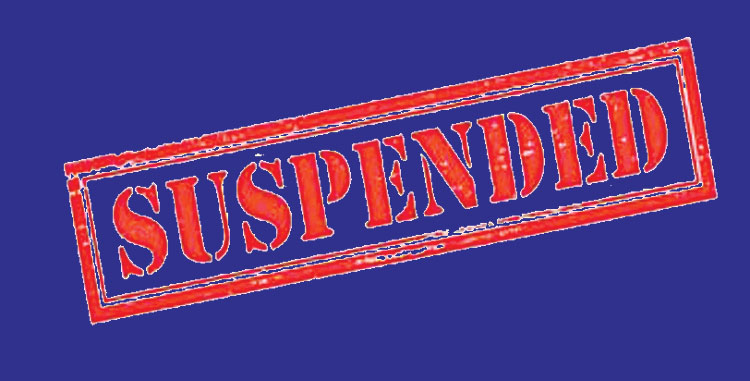 Gonda, Feb 26 (Agency) The Basic Shiksha Adhikari of Gonda, was suspended by Additional Chief Secretary Renuka Kumar on the order of the Governor in the inter-district teacher transfer relieving recovery case and a departmental enquiry ordered against the officer.

Official sources on Friday said that the Divisional Joint Education Director, Lucknow division was handed over the investigation into the matter after taking into cognizance a letter written by District Magistrate Markandey Shahi for probe into the suspected role of the BSA which had come to light in the inter-district teacher transfer relieving recovery case. Apart from this, 400 teachers have been relieved relative to 1085 teachers. The government suspended the BSA on the recommendation of the Governor for negligence.

Foreigner arrested with 815 grams of heroin from Gurdaspur