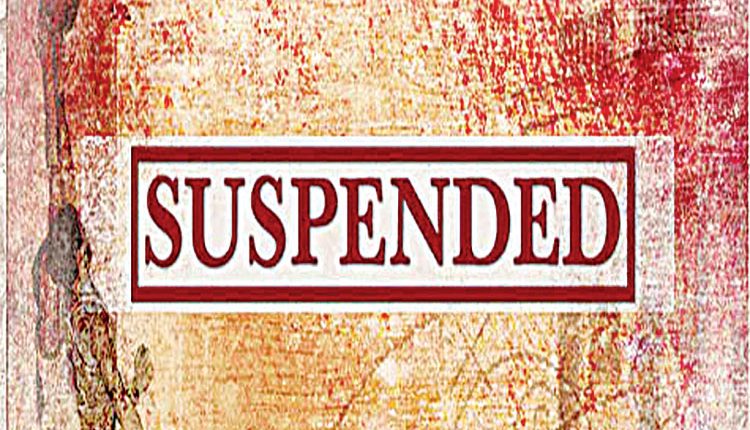 Puri, Jan 18 (FN Representative) Puri District Superintendent of Police K.Vishal Singh today suspended two Police officers of the district. While Krushnaprasad police station Sub Inspector Ishwar Chandra Gumansingh was placed under suspension for taking bribe from a food vendor, Atasi Jena a lady police officer of Sadar police station was suspended for raiding a gambling den without intimating the IIC. Mr Singh told newspersons here today that Baselisahi police arrested seven persons in connection with an attempt to murder case while looking for another two culprits. The SP said the arrest was made on the basis of an FIR filed by one Papina Dash . Mr Dash alleged that nine persons attacked him with lethal weapons and hurled country made bombs at him over supply of building materials near Jibarampalli on Friday. However he escaped with minor injury.