Two held on charges of embezzlement of govt funds 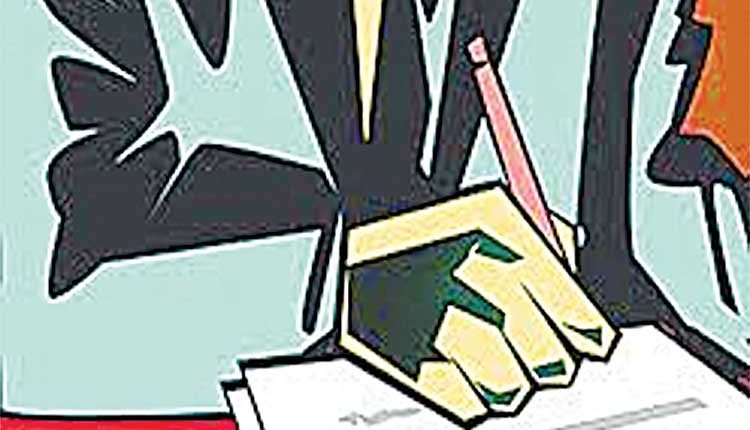 Bhubaneswar, Jul 6 (Representative) The Economic Offences Wing (EOW) Bhubaneswar has arrested two persons, a cashier of the Balikuda Block office and an employee of Union Bank of India on the charge of embezzlement of government funds. EOW sources said Nihar Ranjan Das, the cashier of Balikuda Block Office, and Sanjay Samal, office Assistant of Union Bank of India, Arilo Branch, in Jagatsinghpur were arrested on Monday. While Nihar was forwarded to court yesterday, Sanjay Samal was forwarded to court today u/s 420/409/403/ 467/468/471/477(A)/120 B IPC. The two were arrested on the basis of a complaint filed by Balikuda BDO Kalyan Saurav Dash.

The BDO in his FIR alleged that the then Branch Manager, Union Bank of India, Arilo had unauthorisedly debited Rs. 2,63,65,089 from the official accounts of BDO, Balikuda and misappropriated the money Investigation revealed that BDO has been officially maintaining two savings bank accounts with Corporation Bank (now Union Bank of India) for dealing with the funds received under Ama Gaon Ama Bikash scheme and for the Critical Gap Fund. During the local fund audit held during December 2020, the BDO came to know that there was an unauthorised debit of Rs. 2,61,89,272/- and Rs. 1,75,817/- from the accounts maintained for Ama Gaon Ama Bikash fund and Critical Gap Fund respectively. During the investigation, it was found that accused Nihar Ranjan Das during the period was working as the Cashier in the Block office and was dealing with the accounts.

A considerable amount out of the above mentioned public money is found diverted to his personal account. Similarly, approximately Rs 20 lakh has been diverted to the personal account of accused Sanjay Samal, who is an employee of Union Bank of India (erstwhile Corporation Bank), Arilo. It has also been ascertained that out of Rs. 20 lakhs, a major amount has been routed through the then Branch Manager of the bank, Jugal Kishore Rout. The accused Branch Manager Jugal Kishore Rout had committed suicide on January 1 last after the crime was revealed.