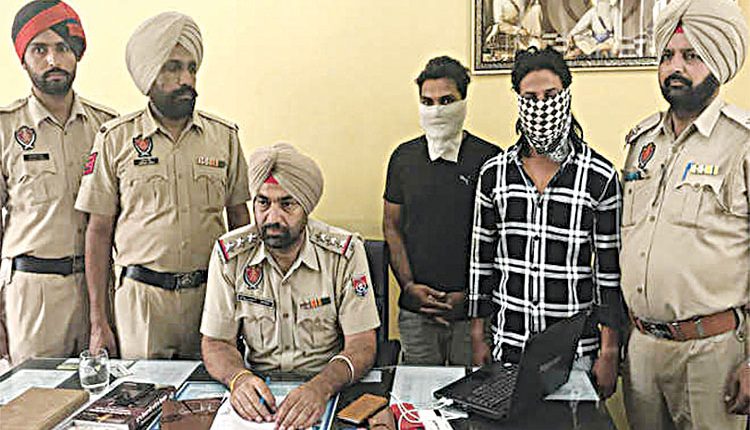 Hyderabad, Jul 15 (Representative) A Special team from Central Crime Station (CCS) , Detective Department here on Thursday said that they have arrested two persons who were accused in a bank fraud case. In the last month, a complaint received from the Chief Regional Manager, Indian Overseas Bank, in which he stated that a 25-year-old Palathya Ravi and seven other accused availed loans of Rs 139.90 lakh under PMEGP Scheme (Prime Minister’s Employment Generation Program) from the bank here with a purpose to start units for Manufacturing Cement Bricks, CCS said in a release here.

In due process of loan sanctioning, the accused have submitted fake invoices/quotations of non-existent suppliers, cost of machinery was exaggerated and they had shown fake units and also rental/lease agreements were fabricated. During the course of investigation, it is established that with an intention to get high loan amount, the 37-year-old accused Mudavath Srinivas created fake quotations on the names of M/s Jai Sai Ram Enterprises and M/s Sri Nagu Saadh Enterprises and supplied to Palathay Ravi and seven others by mentioning huge excessive amount. In this same way, the accused Palathaya and seven others also submitted fake rental/lease agreements to start their manufacturing units and availed loans. In this case, 8 borrowers have cheated the bank in collusion with one Srinivas Naik with ulterior motive to swindle bank loan funds and the subsidy funds to the tune of Rs.139.90 lakh. The special team arrested the accused — Mudavath and Palathya (both residents of Saidabad, Hyderabad) and produced before the XII ACMM Court, Nampally, Hyderabad, the release added.