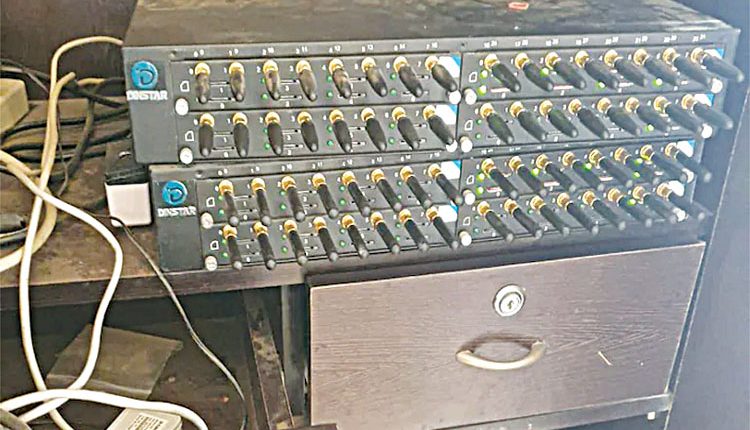 Bengaluru, Jun 9 (Agency) In a joint operation, the Anti-Terror Cell of Bengaluru Police and Military Intelligence nabbed two men for allegedly running Telephone exchange illegally, posing threat to national security. Police said on Wednesday that thirty-two SIM box devices, which can use 960 SIM cards at a time, were seized from them. The arrested were identified as Ibrahim Pullatti (36), hailing from Malappuram in Kerala and Gautam B Vishwanathan (27) from Tirupur in Tamil Nadu, had placed the 32 devices at six areas of the city to carry out their illegal activities.

“Their activities not only caused revenue loss to the government, but also posed a serious security threat to the nation,” the statement said. City Police Commissioner Kamal Pant announced a reward of Rs 30,000 to the team which nabbed the duo.