Three smugglers arrested with 320 boxes of liquor in Chatra 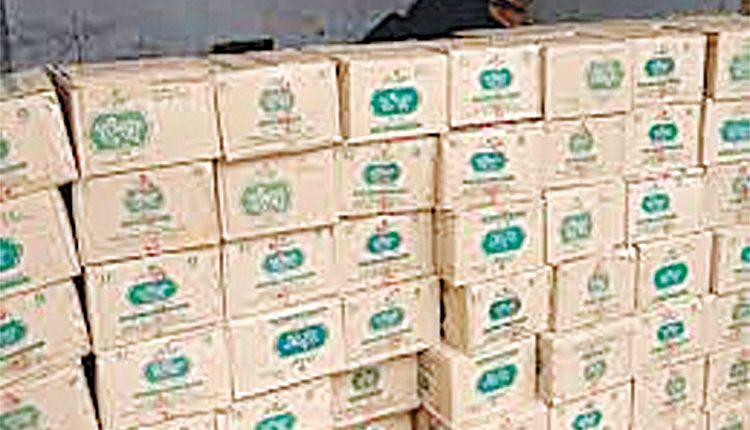 Chatra, Aug 11 (Representative) Police has arrested three smugglers and seized a pickup van laden with liquor which was being smuggled into Bihar from Sadar Police Station area in this district. Briefing the press on Wednesday SDPO Chatra Avinash Kumar said that SP Rakesh Ranjan had received a tip off that huge quantity of liquor was being smuggle into Bihar from Hazaribagh via Chatra.

Following the input a vehicle checking drive was launched near an eating joint under Sadar Police Station area during which the vehicle was caught. Upon searching it emerged that it was carrying a total of 320 boxes of liquor which included 275 boxes of country made and 45 boxes of english liquor and three men were arrested in this connection. The arrested have been identified as as Jayant Kumar, Amit Paswan and Ranjeet Verma. The cost of the seized liquor has been estimated to be around Rs ten lakh.