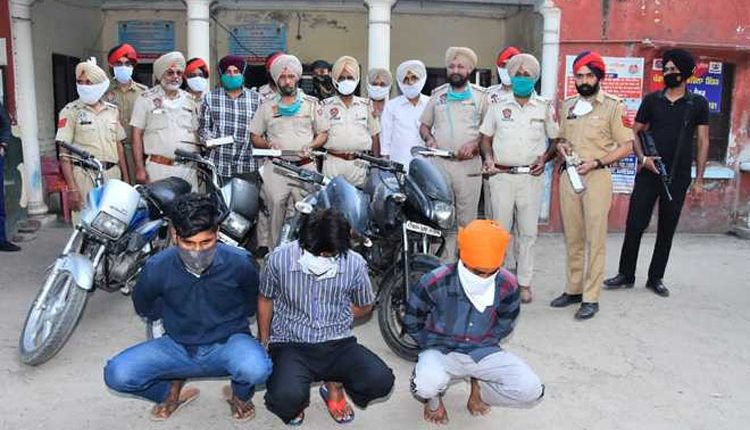 New Delhi, Sep 21 (Agency) Three robbers were nabbed from Delhi’s outer-north area and sophisticated pistol and live cartridges were recovered from them, police said on Tuesday. The accused have been identified as Wasim (24) alias Chhota, Shubham (23) and Kishan Gaur (22) – all are residents of Bawana in Delhi. Police launched a drive to curb and detect the street crime and incidents of robbery, snatching and theft in the area of outer north Delhi, a team was constituted to keep watch and investigation for these incidents.

On the basis of secret input, the movement of the accused, who were active robbers, was noticed in the Bawana area. Police laid a trap and saw 2 men came on a motorcycle and 1 on scooty after watching police present they tried to flee away but the raiding team apprehended them. Police found their alleged involvement in 1 case of robbery, 3 snatching and 2 theft cases. Recovery of sophisticated pistols with live cartridges, 1 stolen motorcycle and 4 mobile phones from them, Rajiv Ranjan Singh, DCP, Outer-North Delhi, said.