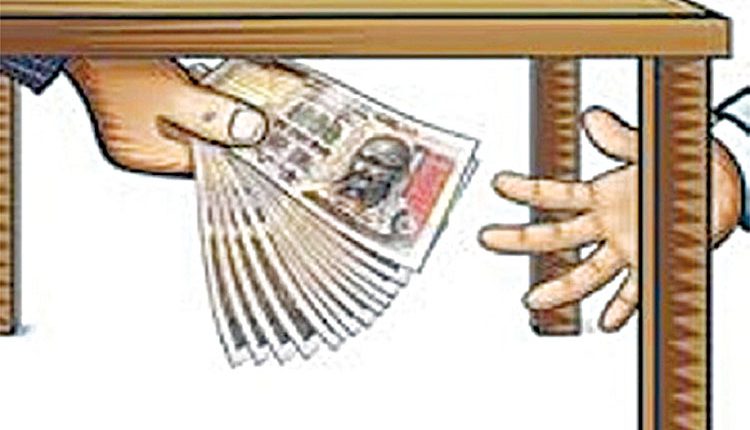 Nashik, Feb 17 (Agency) Squad of anti-corruption department of Nashik caught three policemen red handed while they were taking a bribe of Rs.1300 from complainant for not arresting the complainant in one accident case in Satpur police station area of the city on Tuesday. According to ACB press note release late last night that few days ago , two –wheeler accident took a place in Satpur police station area. Police registered a complaint against the two wheeler rider.

Three policemen from Satpur demanded a bribe of Rs. 25,000 from the complainant that do not arrest him in the accident case and help him in the police case. Thereafter the complainant went to the office of anti -corruption department of Nashik and filed a complaint against three policemen. The department took note of the complaint form and inquired and ascertained the facts. On Tuesday night around 2030 hrs the ACB team laid trap in in Boalkar police chowki. The suspects police Naik Hiraman Ganpat Sonawane, Sarang Eknath Wagh and Rahul Popat Gaikwad accepted bribe amount of Rs 13,000 out of Rs 25,000 as agreed by the complainant.