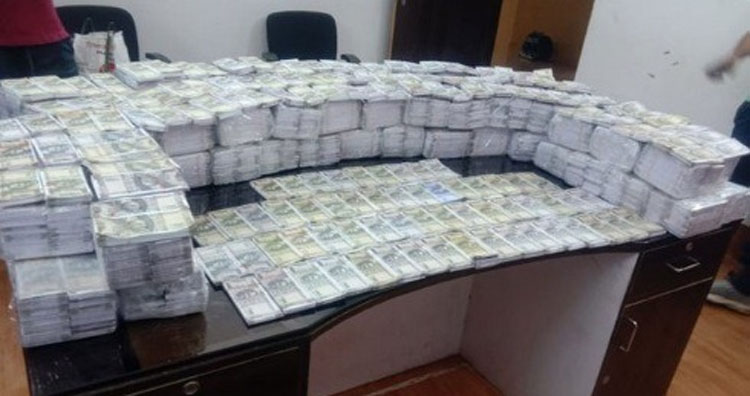 Bhubaneswar, Mar 2 (FN Representative) Police today arrested three people and seized counterfeit currency notes with a face value of Rs 7.90 crore from their possession. Sunabeda SDPO N Behera said police seized Rs 7.90 crore counterfeit notes from a car packed in three trolley bags during a routine checkup near sunki outpost under Pottangi Police station of Koraput district. The notes were of 500 denominations and packed in 1580 bundles. The three persons arrested included the mastermind of the crime, his assistant and the driver of the vehicle.

All the three belonged to Chhattisgarh. Police also seized Rs 35,000 in cash, five mobile phones debit and credit cards from their possession. The Koraput SP said during preliminary interrogation it was revealed that the counterfeit notes were printed in a high-quality xerox machine at Raipur and were being transported to Vizag. The accused said they had burnt the printing machines after printing the notes and were involved in the crime for the first time. But details would be known only after a thorough investigation, police said.