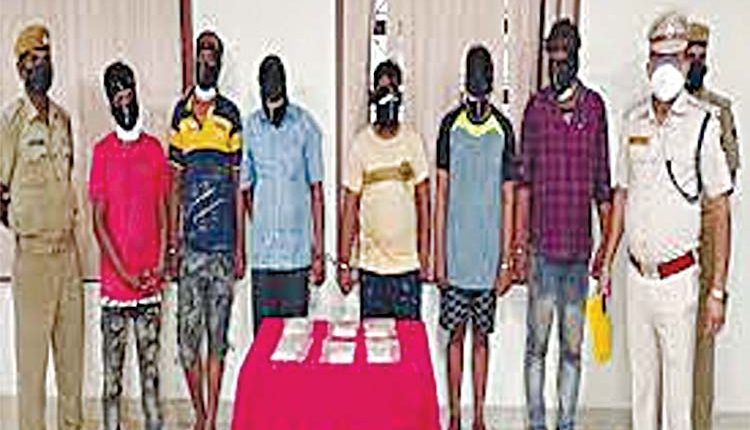 Bhubaneswar, Aug 9 (Representative) The Commissionerate of Police have arrested six persons and seized over 1 kg of brown sugar worth more than Rs one crore from their possession. Police Commissioner Souymendra Priayadarshi told news persons today that acting on a tip off a joint team of the Lalbag Police and Special squad led by ACP Ajay Das arrested the drug peddlers during a raid on Sunday and seized 1.159 gram of brown sugar.

All the six were arrested under the NDPS Act and would be forwarded to court today, he said. Mr Priyadarshi said several other criminal cases were pending against the accused in various police stations in Bhubaneswar, Cuttack and in some other places. Out of the six accused arrested, four are from Jagatsinghpur, one is from Cuttack and the other is from Puri District. The Police Commissioner said during the last five months the Commissionerate of Police have seized more than 6 KG of brown sugar from the twin city. The police, he said, are working on a mission to make the twin city drug free.