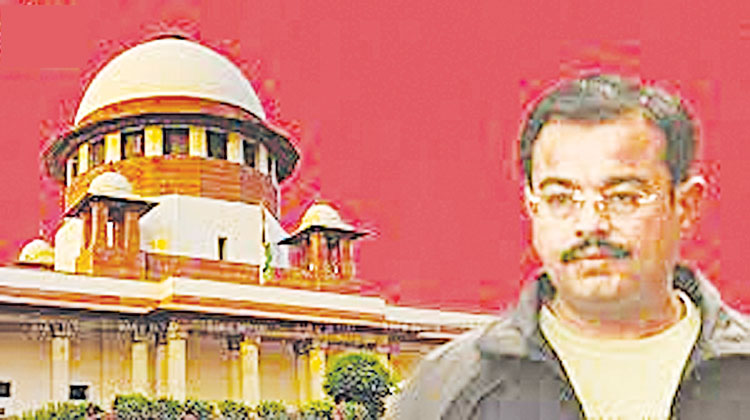 New Delhi, Jan 25 (FN Bureau) Supreme Court in its order on Wednesday granted interim bail for 8 weeks, to Ashish Mishra, the son of Union Home Minister of State Ajay Mishra, who is the prime accused in the 2021 Lakhimpur Kheri violence case in which 8 persons, including four farmers, were mowed down by a four-wheeler.The Supreme Court said, we issued a slew of interim directions. The petitioner, accused, Ashish Mishra is directed to be released on bail for 8 weeks. He has to leave the state of UP within 1 week of his release. He couldn’t stay in UP or NCT of Delhi, the Top Court said, in its order today.The Supreme Court also in its order saod that the accused, Ashish Mishra shall inform court about his location. Any attempt by family member of accused, to influence the witness will lead to cancellation of his bail.”If it is found that Ashish Mishra is trying to delay the trial it will be a valid ground to cancel the bail,” the Supreme Court’s said, in its order today.The Supreme Court in its order also said that the four accused in jail in connection with the cross-FIR under murder charge in the case will also be released on interim bail.The Apex Court also said that Mishra has to mark his attendance in the police station of the jurisdiction of his location, amd listed the matter for directions on March 14.A two-judge bench of the Supreme Court, headed by Justice Surya Kant and also comprising Justice J K Maheshwari, which had reserved the order on January 19, passed the order today.

The Supreme Court had passed the order, after hearing the detailed arguments and submissions from the accused, Mishra, Uttar Pradesh government, victim’s sides.Ashish Mishra is facing murder charges for allegedly killing five persons in the Lakhimpur Kheri violence of October 2021 after his vehicle allegedly ran over four farmers who were protesting against farm laws and a journalist.On December 6, an Uttar Pradesh court framed charges of murder, rioting and criminal conspiracy against Mishra, the son of Minister of State for Home Affairs Ajay Mishra Teni, in the case involving the mowing down of protesting farmers in Lakhimpur Kheri district in October last year.Additional Advocate General (AAG) Garima Prashad, senior law officer appearing for the UP government, had vehemently opposed Mishra’s bail plea, and had said that the State is strongly contesting the bail and supporting the High Court judgment which had denied him bail. She pointed out that in chargesheet, 7 witnesses say that they saw Ashish Mishra running from the site.”It is a grave and heinous crime and of this Court grants bail at this stage, then it will send a wrong signal to the society,” Prashad had told the Supreme Court, and pleaded that the SC should not granted him bail.Senior Advocate and former Attorney General (AG) of India, Mukul Rohatgi, appearing for Mishra, submitted that it was the farmers who had started the aggression. “I am innocent. My client was four kilometers away from the place of the incident. I am on jail for more than a year. It is a fit case for bail. There are no case registered against me earlier,” Rohatgi said and had pleaded for bail from the Supreme Court.

Senior Advocate Dushyant Dave, appearing for the victims in the case, had said that as per the law laid down by the Supreme Court for last 75 years, bail cannot be granted to the accused. Particularly in murder Case, the Supreme Court should not grant bail to accused persons, Dave told the Supreme Court.”In murder cases, bail cannot be granted by the Supreme Court when trial court and the High Court have concurrently denied bail,” Dave said.He said that there is nothing “exceptional about this case” except the fact that the “accused is a powerful man represented by powerful lawyers”. It was not a simple case of murder but a heinous case where several innocent people were “slaughtered”.Dave had said that it is a pre-planned murder with criminal conspiracy and executed in a meticulous manner. So, bail should not be granted to the accused.On October 3, 2021, eight people were killed in Lakhimpur Kheri during violence that erupted when farmers were protesting against the now revoked farm laws. The protestors had impeded the visit of Uttar Pradesh Deputy Chief Minister Keshav Prasad Maurya, who planned to attend an event in the area.

A vehicle belonging to and allegedly being driven by Mishra mowed down protesting farmers, among others.After he was arrested, the Uttar Pradesh Police’s special investigation team (SIT) filed a 5,000-page charge-sheet before a local court, naming Mishra prime accused in the case. In November that year, a trial court had rejected his application for bail, prompting Mishra to move the High Court.The High Court had first granted bail to Mishra on February 10, 2022, stating that there might have been a possibility that the driver of the vehicle that mowed down the protesting farmers sped up the vehicle to save himself.After the High Court granted bail to Mishra in the case, family members of the deceased had approached the Supreme Court in appeal, seeking cancellation of the bail. Oddly, the State of Uttar Pradesh did not file an appeal against the bail order.In April 2022, the Apex Court had cancelled the bail granted to Mishra by the High Court and remanded the matter to the High Court for fresh consideration. On July 26 last year, the High Court denied Mishra bail, prompting the present appeal before the Supreme Court.