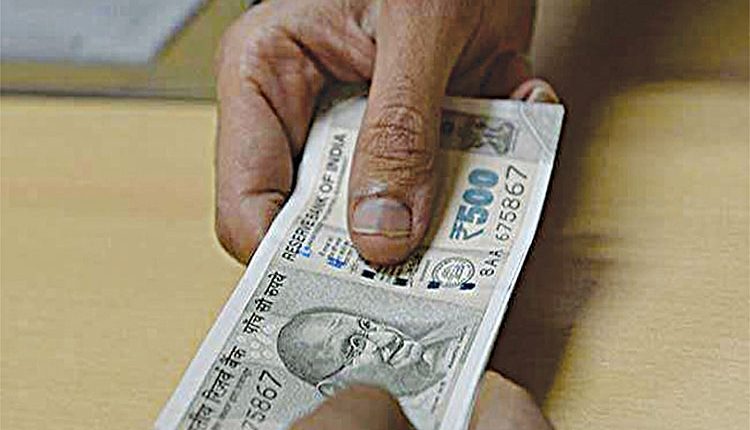 Chatra, Jul 7 (Agency) A team of the Anti Corruption Bureau sleuths on Wednesday arrested a Rojgar Sevak from Simaria block of this district while he was accepting a bribe of Rs 15,000. The arrested has been identified as Santosh Singh, Rojgar Sevak of Piri panchayat of Simaria block. He was caught by the team of Hazaribagh ACB. Officials of the ACB said that the culprit had demanded a bribe of Rs 50,000 from a beneficiary of a pond construction work which was executed in Piri panchayat.

Since the beneficiary did not want to pay the bribe therefore he registered a complaint with the ACB. Post the verification of the complaint a trap was laid and the man was nabbed from from Shila Chowk of Simaria block as soon as money exchanged hands.