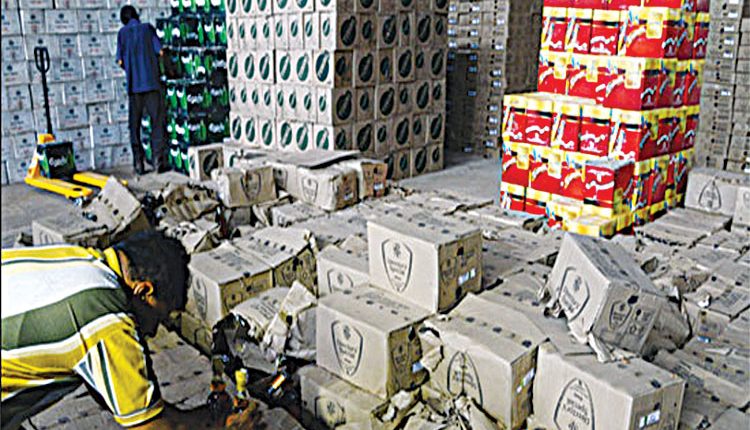 Puducherry, Mar 22 (Agency) Puducherry Excise police has seized liquor worth Rs.54.34 lakh till Sunday. According to Mr Sudhakar, Deputy Collector (Excise), the Excise squad was on a frequent checks to prevent the smuggling of liquor in view of the April 6 assembly election in the Union Territory.

He said that a fine of Rs 8.13 lakh was imposed on the offenders so far, adding that, so far, 133 cases were registered and 141 persons have been arrested. The licence of 7 liquor shops including an arrack shop were cancelled for indulging in licence violation actions, Mr Sudhakar added.