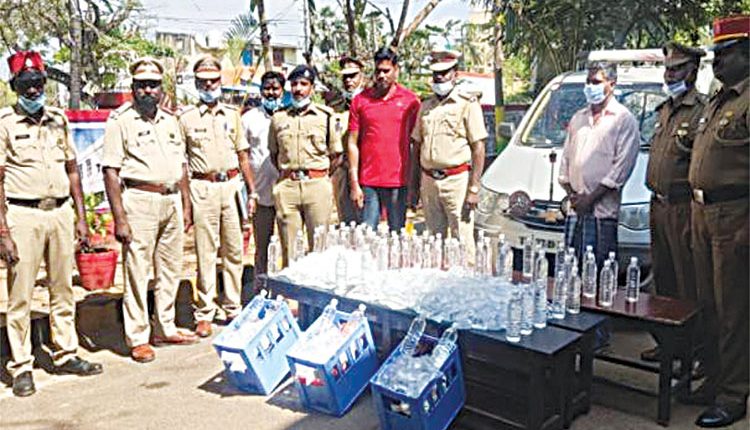 Puducherry, Mar 12 (Agency) Puducherry Excise police which is taking all measures to prevent smuggling of liquor in the wake of the April 6 assembly elections here has seized 14130.44 liters of liquor till March 10. According to an official statement on Thursday, this includes 411.49 liters of IMFL,123.62 liters of Beer and 13595.33 liters of arrack.

The total worth of the liquor seized is Rs.10,61197.93 cases were registered in this connection and 102 persons arrested. An amount of Rs 5,79,000 was collected as fine and two license were suspended.