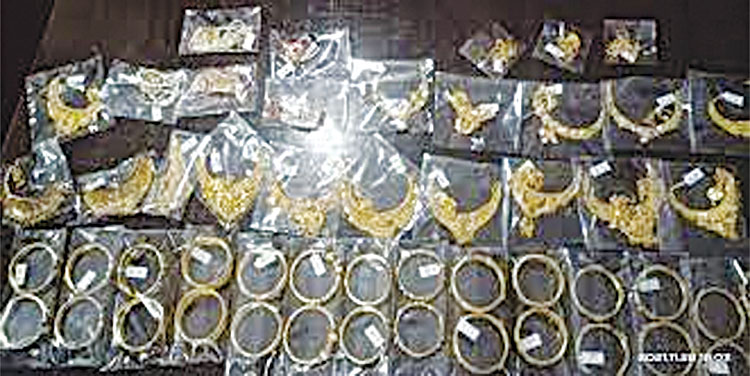 Jammu, Nov 30 (Agency) Police on Monday detained two persons with one-kg gold ornaments in Samba district of Jammu and Kashmir. Police said that on specific information, two persons were detained with 1.18-kg of gold ornaments at Samba. “As per initial reports, the ornaments were to be handed over to a businessman in Jammu,” they said, adding that both the accused were on their way to Jammu from Punjab.

“During investigation, the bills they were in possession were found to be fake,” the police said. Later, a team of the State Taxes Department was also called in, adding, “The bills were fake and the taxed amount is worth Rs 3,23,700, which has to be paid for the release of the gold if found to be genuine.”