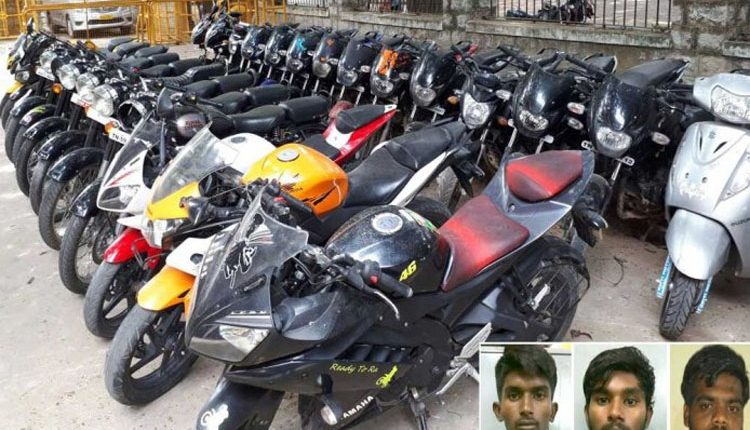 Thane, Apr 6 (Representative) The MBVV Police (Crime Branch Unit -1, Kashimira) arrested three persons including two brothers in connection with the theft of motorbikes and scooters and seized from their possession as many as 25 vehicles the police said on Monday. Assistant Commissioner of Police Crime- Ramchandra Deshmukh told this correspondent that the value of the seized vehicles will be over around Rs. 10 lakhs he said.

He said that in the process of investigation into the crime of theft of motorbike at the Bhayander police station the police first arrested one Yogesh @ Gani Prabhakar Mangela, 26. During his interrogation he led the police to two others who were part of the team which indulged in the theft of motorbikes. The police also arrested them and gave their names as Sachin Narayan Vaity and Kalpak Narayan Vaity. The police during their interrogation recovered the 25 vehicles which include 20- Activa, 2 Dio, 1 each of Maestro, Unicorn, and one Bajaj Pulsar. All the three were produced before the local magistrate and remanded into police custody for a week.