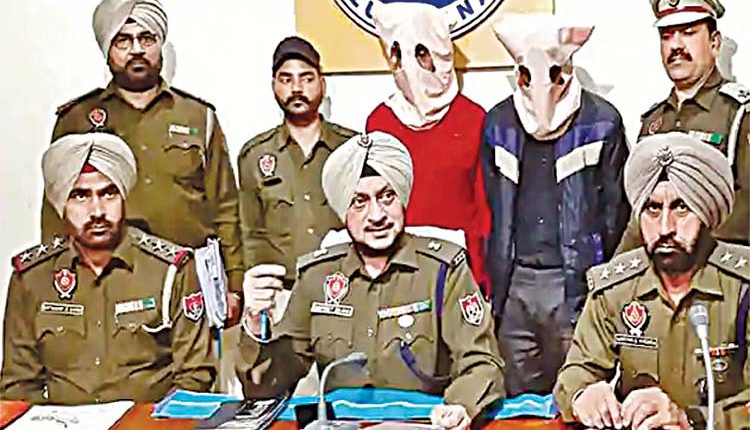 Mr Kumar said that the main accused Sudhakar impersonating as Government official to believe himself as a higher officer, showing fake Identify Card printed on the name of PA to CM – OSD, moved in Fortuner Car and engaged Raju and Bheemaiah as his security guards in safari dress. He also purchased a toy pistol, showing to public and stating that the weapon was allotted by Government for his personal security. The accused trapped about 80 to 100 innocent gullible public, cheated and collected huge amount under the guise of providing double bedroom houses under Telangana Government Scheme, allotment of Government lands, jobs in police department and also promised to arrange gold on a cheaper rate than the market price and collected about Rs 3 crore from them in Hyderabad and Telangana and disappeared, the police Commissioner said.

Mr Kumar said they were involved eight cases under the police station limits of Mahankali, S R Nagar, Ramgopalpet, Osmania University, KPHB and Medipally. The accused Sudhakar is born and brought up at Tarpally (village) in Peddpalli district in the state. He studied up to 5th class. In the year 2004 he came to Hyderabad & joined as Car driver in Tourism Department and also Tribal Welfare Department in Secretariat and worked up to 2010. He observed the officers lifestyle and status in society. Then he hatched a plan to maintain a luxury lifestyle posing himself as Government Official. In this case some more victims to be identified. After the offence, he shifted his shelter from one place to another place and also changed his sim numbers to avoid surveillance on him by victims, the Commissioner added.

IPL 2021: Will the Mumbai Indians Win a Record Hat-Trick of Titles?