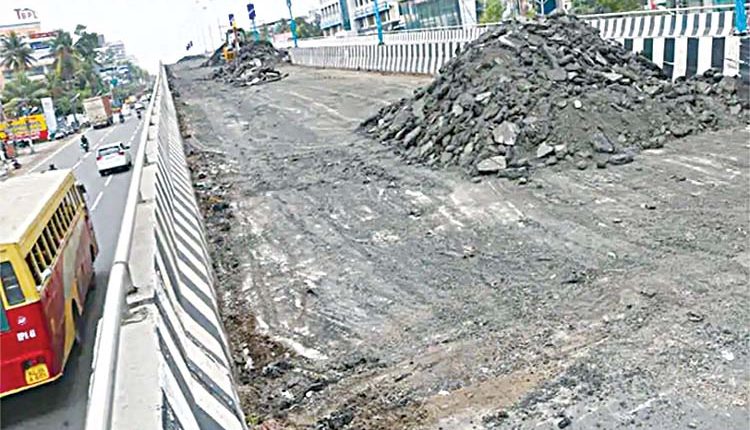 Kochi, Nov 26 (Agency) Former Kerala Public Works Department Minister V K Ebrahim Kunju, who was arrested by Vigilance and Anti-Corruption Bureau in connection with Palarivattom flyover scam, was denied bail by Moovattupuzha Vigilance Court here on Thursday. Judge Jobin Sebastian permitted the Vigilance team to take the Muslim League leader into custody, who was admitted at a private hospital here, for a day for interrogation.

He will be interrogated at the hospital on November 30 between 9 am and 12 pm and from 3 pm and 5 pm. The Court has also put forward seven conditions which have to be abided for interrogation. Prior to quizzing, the probe officials have to undergo Covid tests. Not more than three persons must be present in the probe team. Continuous interrogation must not be carried out after more than one hour. After every hour, a 15 minute break must be given.

Treatment to Muslim League leader must not be hindered at any cost. The probe team must produce the Court directive to the hospital authorities and convince them, the Judge said. During the course of interrogation, the officials must not exert pressure on Kunju or try to intimidate him. Earlier, Kunju was sent to judicial custody for two weeks.